I'm not sure I see so much as one of these mud bricks in the photos, let alone walls. Sort of looks like the things have been stripped silly.

What evidence is there that these causeways were roofed, might I ask - particularly if there isn't a consensus between Egyptologists what they were roofed with - or that they actually went unfinished?

I suppose you could say G1 went unfinished too because there's all that casing missing, but they seem to like me to think that what actually happened is that it was plundered and repurposed after the fact.

Would there be some issue with the idea that the original materials used for the causeway walls might have been repurposed and later replaced with mud bricks, by the way?

Dunno, most of what Steve's saying seems to make a lot of sense to me. I can't seem to think of why the AEs wouldn't avail themselves of such helpful measures.

Pay Thano5150 no attention. He is likely a supporter of the Spiral Ramp Theory.  It's evident, he goes out of his way, to dispel the Causeway Theory. Tells me he is trying to do me a favor. That's condescending. OK Bro...

Here is an older picture of the Khafre Causeway. According to Thanos, the workmen built the two platforms for the Tourists. Yes, the Causeway was reconstructed. They reconstructed it on the evidence that was present, contrary to Thanos's assertions. Did his best to show an area of the Causeway which was flat, and denies there was ever a lower middle section. Mud Bricks. He would have you believe your viewing mud Bricks. LOL No lower middle section... 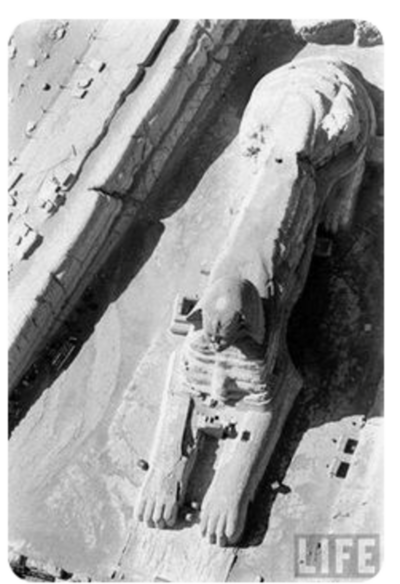