Mysteries :  The Official GrahamHancock.com forums
For serious discussion of the controversies, approaches and enigmas surrounding the origins and development of the human species and of human civilization. (NB: for more ‘out there’ posts we point you in the direction of the ‘Paranormal & Supernatural’ Message Board).
Welcome! Log In• Register
Go to: Forum Home•Board•New Topic•Search
Re: A Study in Ramps
Author: Steve Clayton ()
Date: May 20, 2020 07:13PM
Hanslune Wrote:
-------------------------------------------------------
> Steve Clayton Wrote:
>
> >
> > Hi Hanslune,
> >
> > It is simpler than that.
> >
> > There is plenty of water even today, situated
> > behind the Pyramids. It wells up in a number of
> > locations. You can use Google Earth, and find
> > them, or I can show you with longitude
> settings.
> > Can you use Google Earth? They well up and
> > disappear on a regular basis. It was much
> wetter
> > 4,500 years ago. Not like what we see today.
> And,
> > as water runs downhill, they had a constant
> > source. They were proficient ditch diggers,
> which
> > is well documented. I spend the better part of
> a
> > year researching all the potential water
> sources,
> > creating height maps and terrain mapping. There
> > are a few which are within 1-2 hours walking
> > distance. The Nile has plenty of water. Water
> from
> > rain. Monsoons swept down from India on a
> regular
> > basis.
>
> Monsoons?
>
>
> So again where were the tons of water coming from.
> There is water in the limestone beneath the
> Plateau but how did they lift it up?
>
> The water table is near the surfaces even
> > today. They need to pump water out from
> beneath
> > the Sphinx on a regular basis. Water is
> > surprisingly heavy. A single cubic foot = 62.43
> > lbs.
>
> Yes and the sphinx is nearly the bottom of the
> ridge line
> >
> > The causeways are the tracks. There are two
> sides
> > to the causeways. Two separate tracks.
>
> okay
>
>
>  As one
> > vessel filled with water slides down one side,
> > the other side was being pulled upward. On that
> > side, the vessel was carrying stones, of the
> same
> > amount of water weight. A true counterbalance.
>
> So you are saying one of the counter-weight drew
> up the other as the other went down?
>
>
> > They were connected with rope(s). Barges, are
> > built to keep water in, as that add ballast.
> > Without that water, the barge is subjected to
> > tipping over. All they did was increases the
> inner
> > framing to hold even more water than usual. The
> > water weight was filled at the top and drained
> at
> > the bottom, as stones were being placed and/or
> > removed. They then switched the water filling
> to
> > the other side, and repeated the operation.
>
> So the downward counterweight had to be filled
> enough to move heavier one and over come friction,
> got there the water was dumped, stones but on it
> while the upwards one was emptied of stone and
> filled with water.
>
> So the problem I see is a source of water getting
> it to the barge and then the runoff of the water
> dumped. How many tones of water do you figure was
> used to draw up the other side - how many ton of
> stones were they bringing up. So are the ramps out
> of the quarries to the point to the causeway?
>
> Once the stone were removed how were they then
> moved up to their place on the pyramid? Or can you
> show in a diagram where the 'station' was? How was
> the pivot constructed and where?
>
> Thanks

Can you use Google Earth? Please answer me. I will show you the water source.

They drained the water back into the NIle down at the dock. This is also where they loaded the stones, and/or simply engaged the Barge/stones into the system. The later has some additional benefit. It depends, it they were using the system for pulling stones up the Pyramid face, or using men to perform the lift. Both are possible.

You are no different than the majority of individuals, who do not fully grasp, how heavy water really is. I also once underestimated it. How I became informed, is that I learned Sketchup, a 3D program, which will calculate volume. Once you know the volume, ie. square footage, you can then determine the cubic footage. Next you can multiply that by 62.4lbs., which is the weight of 1 cubic foot of water.  1 cubic foot of water = 62.41 pounds. Additionally, you need to understand, you are working on an Incline Plain, which lessens the amount of force (work load) required in moving the stone uphill on the Causeway dramatically. It lessens the amount of water weight needed to perform the pull.

I have illustrated, and provided links concerning the science behind this relationship, repeatably here on GH for many years. It is a workable physics model. I have no idea, if they knew and understood and used the environment the way I propose. I only show it is possible, and that there is another way to deliver stones up to higher levels, than by using ramps. Ramps were not necessary. At times, it seems I have attacked someones sacred cow...

There are 6 "simple machines" known to mankind. The Incline Plain is one of them, along with levers, wedges, and others ie. pulley, screw, and the wheel and axle. The later three they were likely unaware of, though you can still benefit from a so called Pulley, without an axle. There are indications, they possessed this knowledge. The 2 to 1 rope mechanical advantage, is so simple to have accidentally discovered, it was likely learned thousands of years before the AE. Hang a gut a deer between two near by trees, and you would discover it...

In fact, it is the only scenario that can achieve this rate, and higher if needed. Men pulling stones up ramps is a Myth. That approach, can not deliver enough stone rate needed. I dare anyone, to show me different, while I have just shown you a true possibility. It only required some ingenuity and water. Only people who cannot explain the usage of the causeway, believe they were built for a Funerary purpose. They may have been used in that fashion, after the Pyramid was built, but that was not their primary purpose.

Now do you better understand? Would you like all my links, and pictures to qualify my statements above. So you see, and can prove my scenario works in the real world.

Did they use it? They would have been really stupid, if they were unable to figure this out. 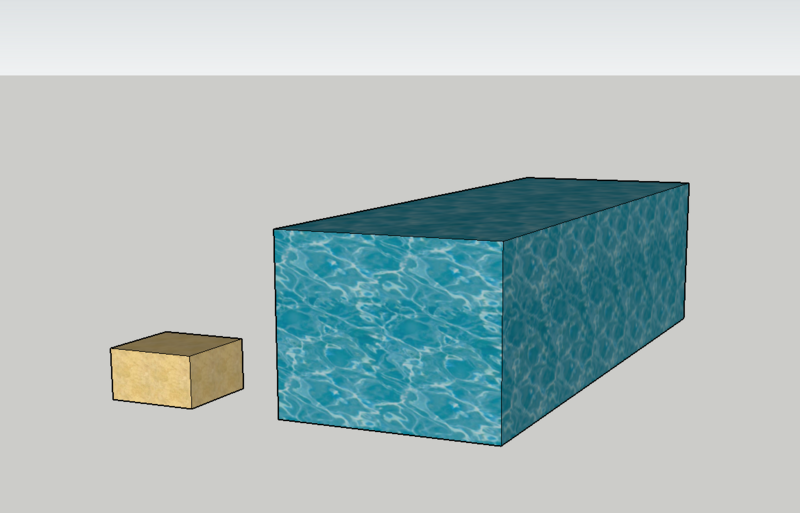 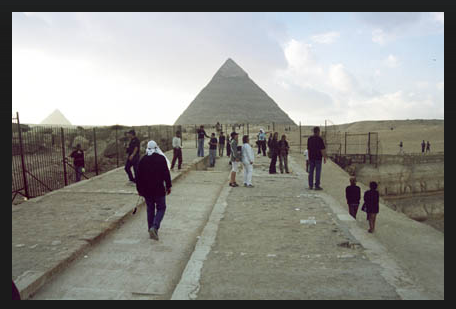