Mysteries :  The Official GrahamHancock.com forums
For serious discussion of the controversies, approaches and enigmas surrounding the origins and development of the human species and of human civilization. (NB: for more ‘out there’ posts we point you in the direction of the ‘Paranormal & Supernatural’ Message Board).
Welcome! Log In• Register
Go to: Forum Home•Board•New Topic•Search
Re: A Study in Ramps
Author: Steve Clayton ()
Date: May 19, 2020 04:07PM
Hanslune Wrote:
-------------------------------------------------------
> Steve Clayton Wrote:
>
> >
> > Sorry for my rambling on...
>
> That's fine ramble on. So in your idea the
> counter-weight would run of water instead of sand
> which means they'd have to carry a lot of water up
> the slope from the river.Unless they had some
> manner to conserve and reuse it. Why not use sand
> which is readily available?
>
> So where do you believe the tracks for build the
> various pyramids ran?
>
> 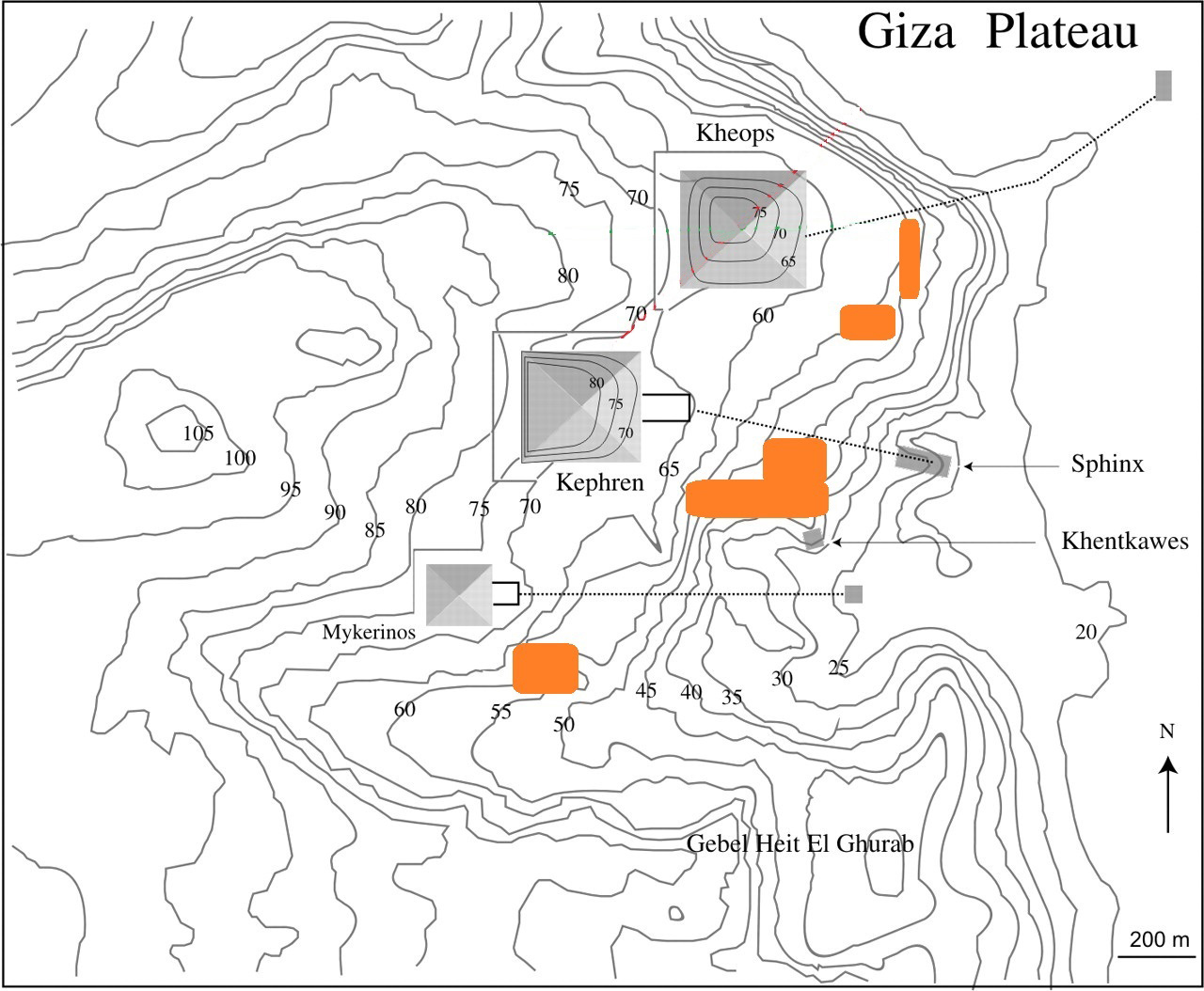 >
> Using the contour map of Giza which shows the
> location of the quarries how do you feel the
> condition were met for Khafre's?
>
> Thanks

It is simpler than that.

There is plenty of water even today, situated behind the Pyramids. It wells up in a number of locations. You can use Google Earth, and find them, or I can show you with longitude settings. Can you use Google Earth? They well up and disappear on a regular basis. It was much wetter 4,500 years ago. Not like what we see today. And, as water runs downhill, they had a constant source. They were proficient ditch diggers, which is well documented. I spend the better part of a year researching all the potential water sources, creating height maps and terrain mapping. There are a few which are within 1-2 hours walking distance. The Nile has plenty of water. Water from rain. Monsoons swept down from India on a regular basis. The water table is near the surfaces even today. They need to pump water out from beneath the Sphinx on a regular basis. Water is surprisingly heavy. A single cubic foot = 62.43 lbs.

The causeways are the tracks. There are two sides to the causeways. Two separate tracks. As one vessel filled with water slides down one side, the other side was being pulled upward. On that side, the vessel was carrying stones, of the same amount of water weight. A true counterbalance. They were connected with rope(s). Barges, are built to keep water in, as that add ballast. Without that water, the barge is subjected to tipping over. All they did was increases the inner framing to hold even more water than usual. The water weight was filled at the top and drained at the bottom, as stones were being placed and/or removed. They then switched the water filling to the other side, and repeated the operation.

The idea that men pulled stones up ramps is preposterous. The friction would be to much, and if they lubricated the surface with ? water, it would not be enough to make much difference. They are walking and pulling on the same lubricated surface. NO traction. Nor, is there any evidence of such ramps beyond the a few layers of the Pyramid base. A ramp is an Incline plain, and can only reduce the workload, to the extent, men could pull anything upward. Men limit what an Incline plain can provide. Whereas, water in a counterbalance system does not. Herodotus stated the Causeway had a polished surface. I don't think that was so the Pharaoh could walk and slip on. To many people try and attach everything to a religious reasoning. I am sure they were very religious, though Pyramid building is an engineering process.

The idea that the Causeways were so the Pharaoh could walk up and down, is as preposterous, as men pulling stones up imaginary ramps.