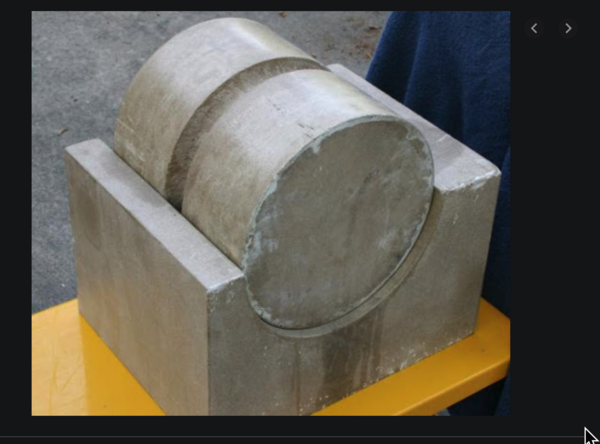 Modern people grossly overestimate the utility, importance, and even the relevance of pulleys for moving heavy weights. They also forget that the primary function of a pulley is to change the direction of a rope without imparting stresses on it and causing large amounts of friction. No pulley in a block and tackle does anything other than exactly this. There is no magic to a pulley that allows it to be used with others to create mechanical advantage any more than magic changes a tire iron into a pry bar or a weapon.

One of the failures in pyramid building theory is that since no pulley exists in the Cairo Museum or any other museum is that they couldn't have known and understood the function of a pulley. But this is absurd on its face since a pulley is much simpler than a wheel in both concept and application and wheels were invented 1000 years before pyramids were built. This means that if the builders needed pulleys then they would have just made pulleys.

If they had used ramps they'd have probably used pulleys to go around corners. But the fact is any problems that stood in the way of construction of people using nothing but logic, observation, and primitive knowledge/ materials must have been solved. This hardly suggests they must have dragged stones up ramps because they were so primitive and superstitious. Rather it means there might be other reasons we can't go to out favorite museums and see the actual pulleys, cranes, and levitation generators that were used. That the builders used pulleys called "dm-sceptres" is quite apparent. Sceptres are (I believe) one dimensional representations of ancient tools and parts. The dm-sceptre is a rod shaped like a sine curve. Whatever it is things hung from them and went to heaven.

Be any of this as it may the builders had the ability to cast copper (and bronze) about 100 lbs at a time. Since pulleys are three parts this means rather substantial pulleys could have been made. And by the same token each pulley would represent enormous value in their economy. A pound of copper would have been worth a month's pay for a craftsman. Of course there's no way of knowing its exact value in a barter economy where goods are exchanged in a very highly fluid manner but copper was not common and was needed through out the ancient world. I'd also remind people there was a "metal shop" at each pyramid. One might imagine they only made and sharpened chisels but this is just a belief. The fact is they didn't call it the "Chisel Shop". They were working metal and the pyramid was stepped. You put these together and voila you have a pulley at the top of each step where stones were pulled up. The sky's the limit here because once you have a pulley you can configure them to harness power from numerous sources. Anywhere nature moves anything the energy can be transformed into free work to lift stones. People imagine all such proposals are complex but this is our imagination born from the believe in "simple and primitive" and not from the evidence. For instance G1 was right next to the cliff face and the Nile. Stones quarried could have been launched down the cliff face into waiting ships. This would be a highly "exothermic" process and the additional energy could easily have been used enroute to build the pyramid in between. No, I don't think this is the process that ACTUALLY existed but is just an example of how narrow modern thinking is. Remember, half of aviation engineers don't fully groke the wheel. But we all believe that no pulley equals highly superstitious and backward people.

With a pulley no more complex than your's there becomes a virtual infinity of ways they could have built the pyramid. We simply close our eyes to all of them because it was assumed long ago that the people could only have dragged stones up ramps.