Mysteries :  The Official GrahamHancock.com forums
For serious discussion of the controversies, approaches and enigmas surrounding the origins and development of the human species and of human civilization. (NB: for more ‘out there’ posts we point you in the direction of the ‘Paranormal & Supernatural’ Message Board).
Welcome! Log In• Register
Go to: Forum Home•Board•New Topic•Search
Re: Rollers and Rope
Author: Steve Clayton ()
Date: March 05, 2020 03:34PM
> I also rock climbed for years and have climbed Yosemite's El Capitan and Half dome among others around N America, so I have spent alot of time fixated on the capabilities and wear concerns about ropes and force factor falls.

That's amazing. The best I did, was to hike to the top of San Gorgonio,  second highest peak in Calif. Nearly froze to death, as it was so windy.

They may have soaked those ropes in a weak solution of "Hide Glue". I have some, as it is used for making guitars.  This would make those ropes stiffer and likely stronger. It has been discovered, they used hide glue when building their furniture.

In my proposal, we are using approx. 7+ times less rope, than if you were to use a spiral ramp or switchback approach. Every time you add an additional rope, you reduce the strain and friction by a measure of 1/2. How much stress and strain would there be on 7 ropes used in the pull? Answer, much less.

They were not moving behemoth stones, as they always portray. Only known to be at the base, and up in G1 King Chamber. 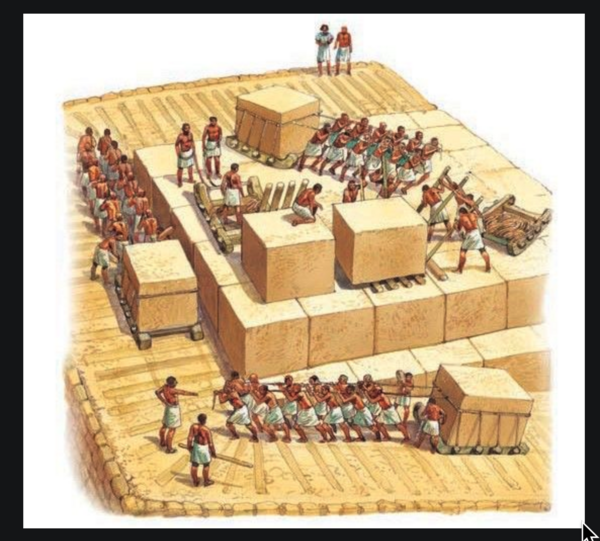 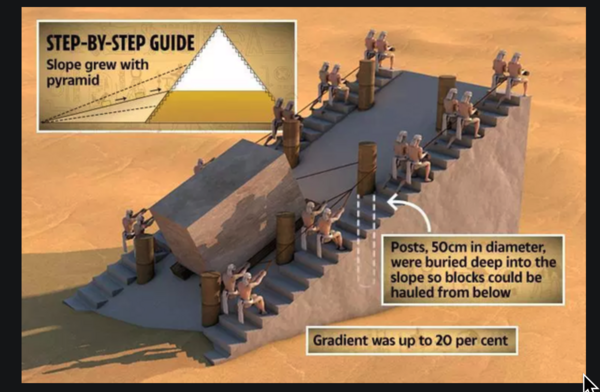 This is to size, and a more realistic representation. 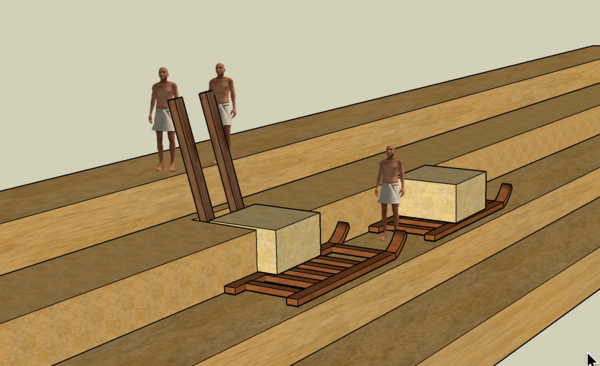 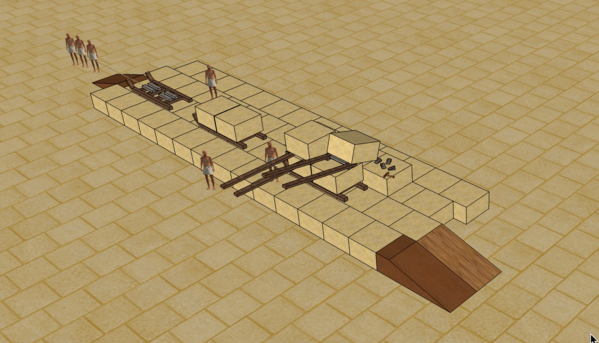