> >I don't believe they did because the gravimetric
> scan clearly shows a five step pyramid with each
> step about 80' high. The sides are divided in six
> roughly equal segments by the location of the step
> > tops.

> Here are a few other considerations concerning
> "gravimetric scans". Wasn't it Pierre who showed
> the world his scam... sp.  scans, as evidence for
> internal ramps.

Houdin originated the internal ramp idea though, I believe, it was an outgrowth of his father's observations. He had been researching and promoting this idea for some time when Dr Bui and team ran the scans in '88/ '89. I believe it was Bui whom presented Houdin with the data which he believed showed some confirmation for internal ramps.

I doubt Bui was looking for ramps when he ran the scans but of course he almost certainly believed ramps had been used. When a spiral pattern seemed to emerge he interpreted it as internal ramps. It's of course possible he's right but logically it's highly improbable that the partial spiral pattern trumps the definitive step pattern. There's another pattern at the base that gets very little discussion which is a double ramp pattern (one up, one down). But this pattern exists only at the base and if they are ramps (probable) it's highly improbable that the entire pyramid was built in such manner. There's plenty of information on the scan to solve the questions but Egyptology never did the follow-ups which would show the means. Almost every line on the scan can be considered an anomaly since Egyptologists had believed the pyramid was nearly homogeneous. Science progresses by the study of anomalies but Egyptology never looked into these anomalies. I believe the most important of them all is a very subtle one right at the entrance. This one suggests something could show up in the ultraviolet range.

> So, either they tend to prove little or nothing,
> and/or they are subject to misinterpretations.

Al data are always subject to misinterpretation for an infinite number of reasons. Nothing in nature occurs in isolation and we can't see the factors that affect it. Some things correspond to the data and some correspond inversely. Most things will usually have little or no correspondence. But when we see correspondances we are prone to ascribe causation or effect.

> Another possibility is, the AE choose denser
> stones for the inner core, resisting internal
> weight/pressures, and less dense stone for the
> peripheral. The quarry stones are not all the
> same density, and may have change from one
> location, to the next.

It is what it is.

I believe you nailed it. The internal step pyramid is much stronger and denser. The skeletal pyramid wears the material sitting on the step tops like a skin and once had the external cladding stones like armor. It was a very well dressed king and now he's naked and chafing badly. 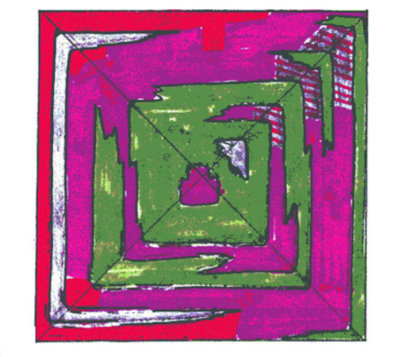 There are dozens of follow-up tests that need to be run but Egyptology believes they mustta used ramps so none were ever done (and shown to Peers). Instead of brushing away layers of dust archaeology needs to get with the times and use modern science to brush away anomalies. You run tests to identify anomalies to study and do this systematically and methodically. In short order you have answers to fundamental question but you never quit seeking anomalies. Every new generation of testing equipment and instrumentation is capable of identifying new anomalies to keep you busy until until the next generation of instrumentation is ready.

We can't even get results to the century old technology called infrared imaging!!!