Mysteries :  The Official GrahamHancock.com forums
For serious discussion of the controversies, approaches and enigmas surrounding the origins and development of the human species and of human civilization. (NB: for more ‘out there’ posts we point you in the direction of the ‘Paranormal & Supernatural’ Message Board).
Welcome! Log In• Register
Go to: Forum Home•Board•New Topic•Search
Re: Ophiuchus, the Sun, and Sacred Places
Author: Spiros ()
Date: February 29, 2020 03:07PM
Hello Melissa,

In another thread
>>Glass Jigsaw wrote:
>>Hi Brendan
>>It's good to see so much still coming together.
>>Do you think that there could be any connection between 1000 loaves of bread and the Month of the Year ? I am thinking of our Harvest Festivals where placing bread and food on the church alter happens.
>>I see that in the Temple Month - the Lunar Month, Day 5 is referred to as Offerings upon the Altar.
>>Just a thought
>>Yve

The Galactic Center, or Galactic Centre, is the rotational center of the Milky Way, a supermassive black hole of 4.100 ± 0.034 million solar masses which powers the compact radio source Sagittarius A*. It is 8.2 ± 0.4 kiloparsecs away from Earth in the direction of the constellations Sagittarius, Ophiuchus, and Scorpius where the Milky Way appears brightest.

Sagittarius A* is a bright and very compact astronomical radio source at the center of the Milky Way, near the border of the constellations Sagittarius and Scorpius about 5.6° south of the ecliptic. It is the location of a supermassive black hole, similar to those generally accepted to be at the centers of most if not all spiral and elliptical galaxies.

Observations of a number of stars orbiting around Sagittarius A*, most notably the star S2, have been used to provide evidence for the presence of, and produce data about, the Milky Way's hypothesized central supermassive black hole, and have led scientists to conclude that Sagittarius A* is beyond any reasonable doubt the site of that black hole.

This mythology also credits him with the creation of the 365-day calendar. Originally, according to the myth, the year was only 360 days long and Nut was sterile during these days, unable to bear children. Thoth gambled with the Moon for 1/72nd of its light (360/72 = 5), or 5 days, and won. During these 5 days, Nut and Geb gave birth to Osiris, Set, Isis, and Nephthys.


In the hieroglyphs for this day we notice something that looks like 5 candles. Let's not forget Jesus feeding the 5000 with five loaves and the two fish. The Khufu pyramid complex consists of 5 pyramids in total.

From what I understand, Khufu as I were born on the 5th Egyptian crescent Moon day, the Offerings upon the Altar day.


Khonsu the Ancient Egyptian god of the Moon. His major cult center was centered at Thebes. His symbols were the moon disk, the sidelock, the falcon, the crook and flail, and the was-scepter. The central Giza pyramid was erected by Khafre. This pyramid corresponds to a mountain in Greece, the name of which is literally "without a Moon". 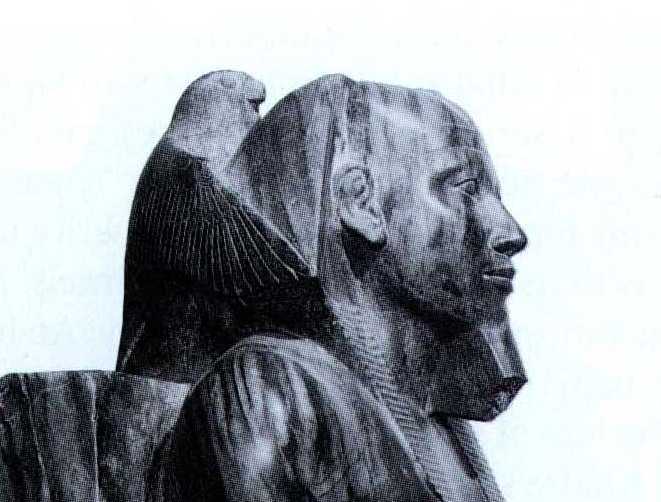