Mysteries :  The Official GrahamHancock.com forums
For serious discussion of the controversies, approaches and enigmas surrounding the origins and development of the human species and of human civilization. (NB: for more ‘out there’ posts we point you in the direction of the ‘Paranormal & Supernatural’ Message Board).
Welcome! Log In• Register
Go to: Forum Home•Board•New Topic•Search
Re: Unlocking the Westcar Papyrus with Egyptian Astronomy
Author: engbren ()
Date: February 13, 2020 01:03PM
This is a screenshot from Sky Safari Plus 6 for iPad, showing the December 1, 2800 BCE date just prior to sunrise. Highlighted is the constellations of Draco and Bootes through to Lyra which Lull and Belmonte claim is where we should find the constellation Reret. 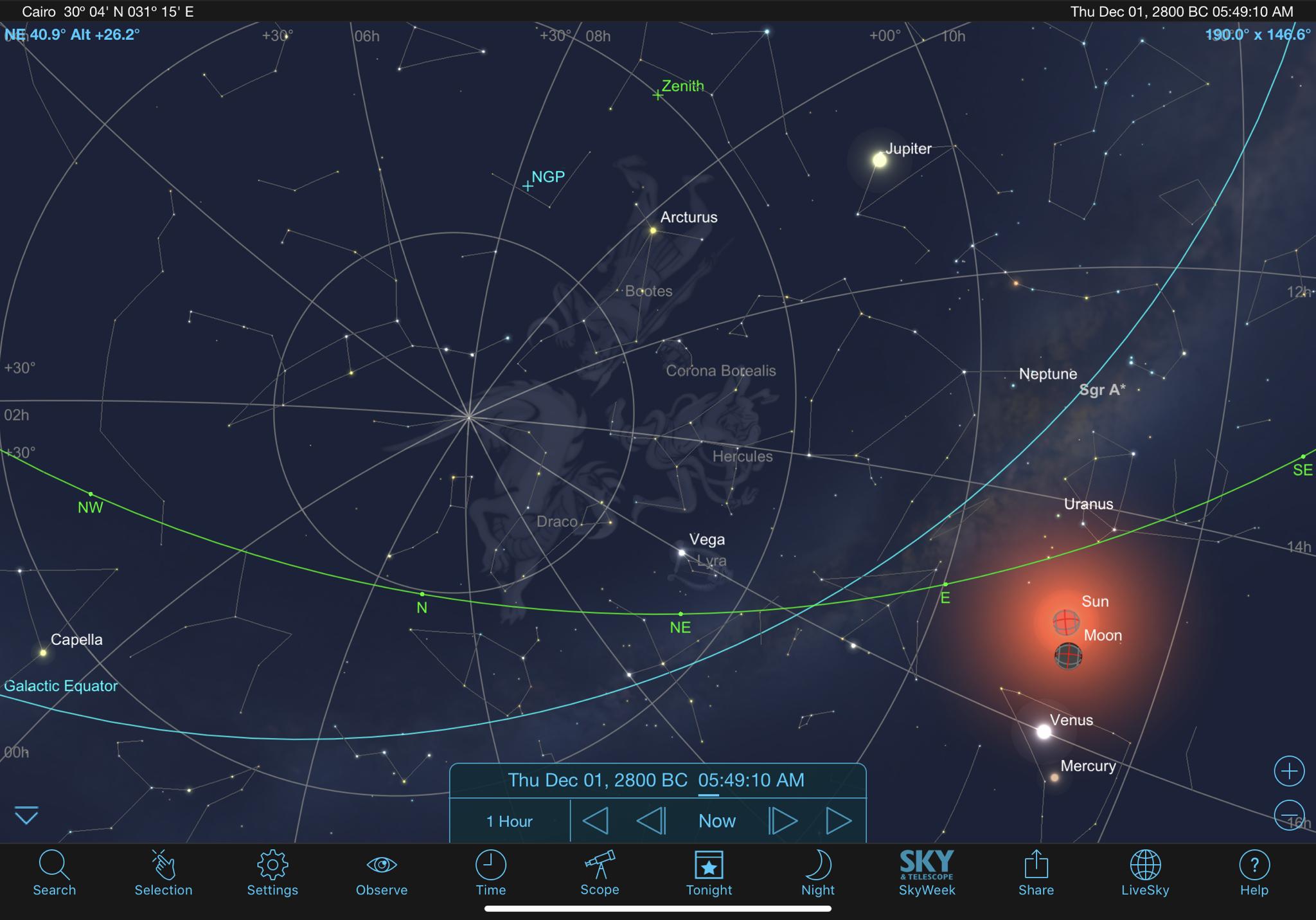 On the same evening and referring to the the second story “Ubainer and the Wax Crocodile” which is told to Khufu by Prince Khafre as a story of the Chief Lector Priest Ubainer in the time of the Pharoah Nebka. This story has suffered significant lacunae but the narrative provides a vivid and traumatic story of the Chief Lector Priest Ubainer whose caretaker informs him that his wife is improperly meeting with a commoner in the Pavilion of his garden. Ubainer fashions a crocodile of wax and instructs his caretaker:
“As soon as the commoner has gone into the pool, as is his daily custom, then you will throw this crocodile [...] after him."
This passage sets up a notion that the commoner has a daily routine that is predictable, which when read in conjunction with other passages that describe his “coming out” during the evening provides a hint that the commoner may be a star or asterism. Ubainer’s caretaker follows Ubainer’s instructions on an evening where Ubainer’s wife entertains the commoner again:
“After it had become evening the commoner came out, as was his daily custom. Then the caretaker threw the crocodile of wax after him into the water, and it became a crocodile of seven cubits, and it seized the commoner [...]” 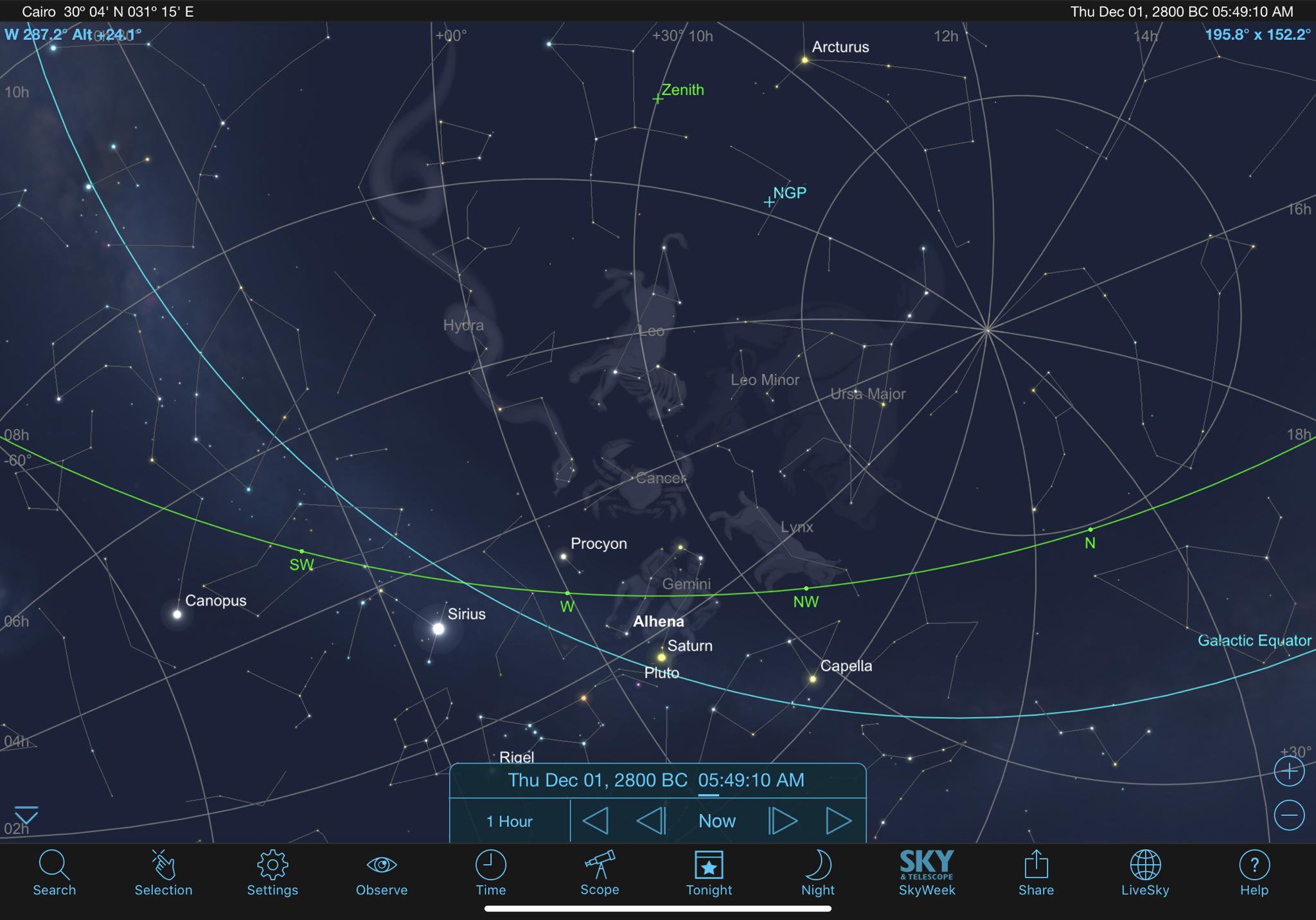