Mysteries :  The Official GrahamHancock.com forums
For serious discussion of the controversies, approaches and enigmas surrounding the origins and development of the human species and of human civilization. (NB: for more ‘out there’ posts we point you in the direction of the ‘Paranormal & Supernatural’ Message Board).
Welcome! Log In• Register
Go to: Forum Home•Board•New Topic•Search
Re: Unlocking the Westcar Papyrus with Egyptian Astronomy
Author: engbren ()
Date: September 06, 2019 08:39AM
drew Wrote:
-------------------------------------------------------
> Ah BC...an equinox will give you equal time for
> day and night.
>
> Damn shame that an hour before sunrise and an hour
> after sunset, there is light in the sky...all the
> way to rise and set...where before and after that
> one hour is pure night and no sun light to
> intrude...such is the way our planet is formed and
> how we rotate.
>
> But hmm...Oz Aborigines have wonderful tales about
> seeing a certain constellation appear 'thusly' in
> the sky at a certain time of year which prompts
> them to prepare to move somewhere else a little
> time later because foods are available, either
> plants have given their fruits over and will be
> ripe, or fishes come near to shore for whatever
> purpose, or kangaroos are mating and plentiful, or
> even just to catch up with distant relatives.
> That;s where 'song lines' mean things.
>
> We do try to understand what the Milky Way has to
> do with the Nile River and all its nomes, and yet
> we do not try to understand what was happening in
> the landscape and what food-stuffs etc were
> appearing at certain times of year. Let's not
> forget that the Sahara Desert was not always a
> desert, and folk went here and there because of
> food, connections, and just because they could and
> return home again. Song lines mean you can return
> home again because you follow the stars and won't
> get lost...you overlay the star pattern to the
> landscape and know where you are and where you are
> going.
>
> I'm still sifting through this stuff but it is
> amazing on some levels, especially how many
> millions of years we have evolved through, where
> our ancestors monitored the skies, and homo
> sapiens began to make sense of the skies, and then
> brain-evolution correlated things.
>
> I'll probably be dead before anyone truly works it
> out, but it all helps...either because we get some
> things right, or we throw away things that aren't
> right.
>
> Nice work though, BC...love your work!
>
> Cheers


Sometimes you have to fail fast :) Ok March 20/21 seems to be the generally accepted date for the spring equinox. Doesn't seem to make a huge difference: 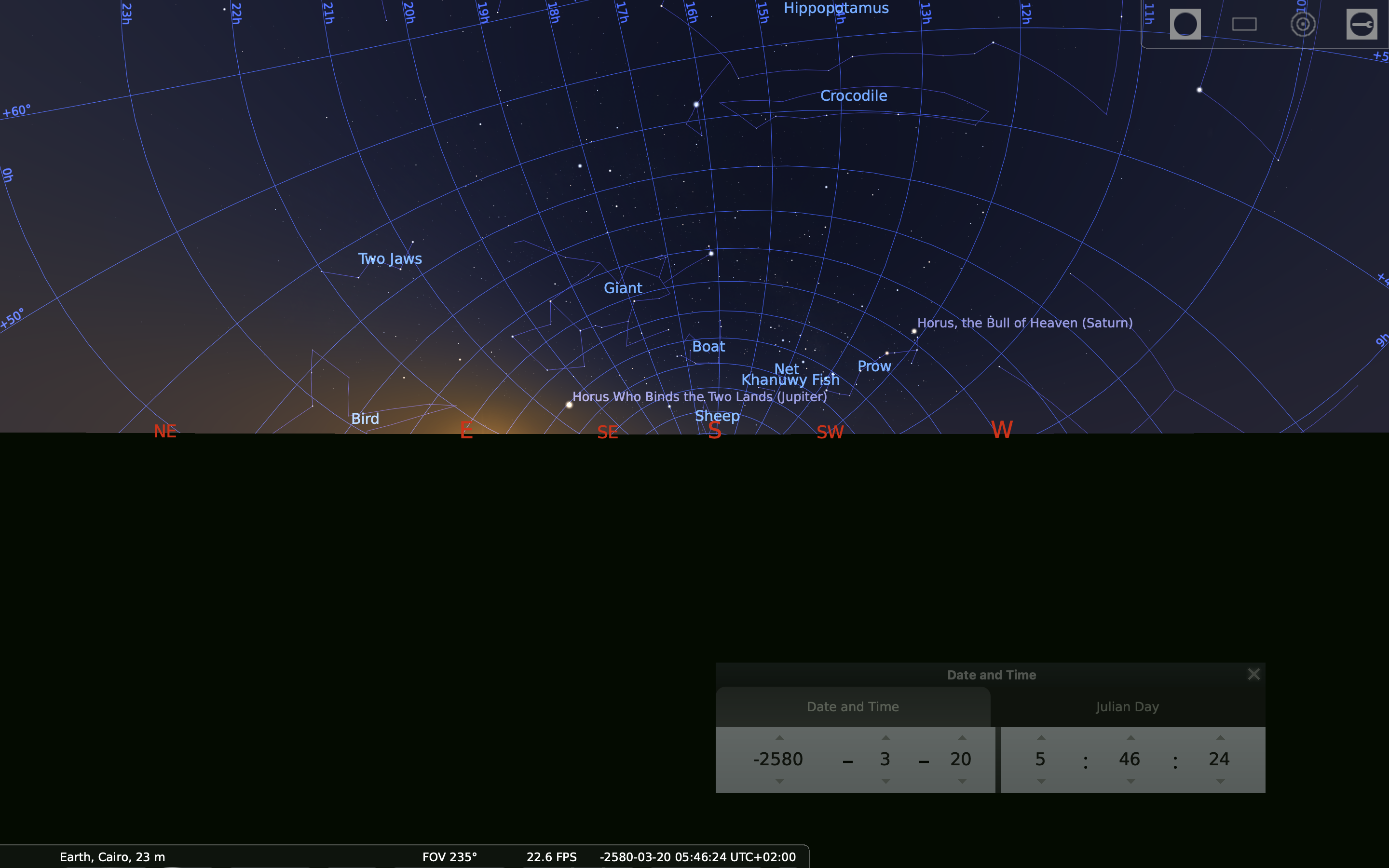