Mysteries :  The Official GrahamHancock.com forums
For serious discussion of the controversies, approaches and enigmas surrounding the origins and development of the human species and of human civilization. (NB: for more ‘out there’ posts we point you in the direction of the ‘Paranormal & Supernatural’ Message Board).
Welcome! Log In• Register
Go to: Forum Home•Board•New Topic•Search
Re: 1/14 of Osiris
Author: drew ()
Date: September 06, 2019 12:11AM
Hi BC

Very good, and I'll raise you a couple of images that you've probably seen before, and describe them again.

1/7 x 360 = 51.4285714deg
Also, 1/14 x 720 = the same
You have to have the 5 and 1 added together though...I don't know the exact reason why but it works that way. Then lay out the figure along a 'horizon' of an open cube with 9x9 squares for each face, and fill in the numbers so that the 'magic cube' observes perfection...there is only one way to construct it.
Then, add and reduce the numbers towards the 'centre' and define another layer of arrangement. Both 'images' show the same glyph albeit slightly altered. 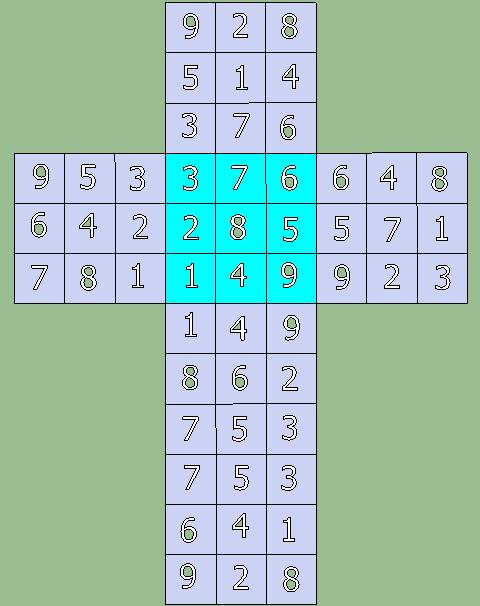 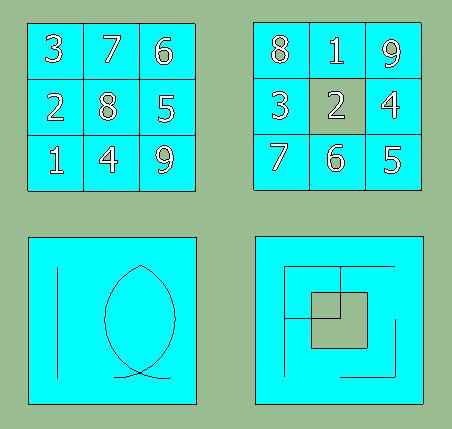 As an extra observation, yet another image from my pyramid analysis that may be of importance. 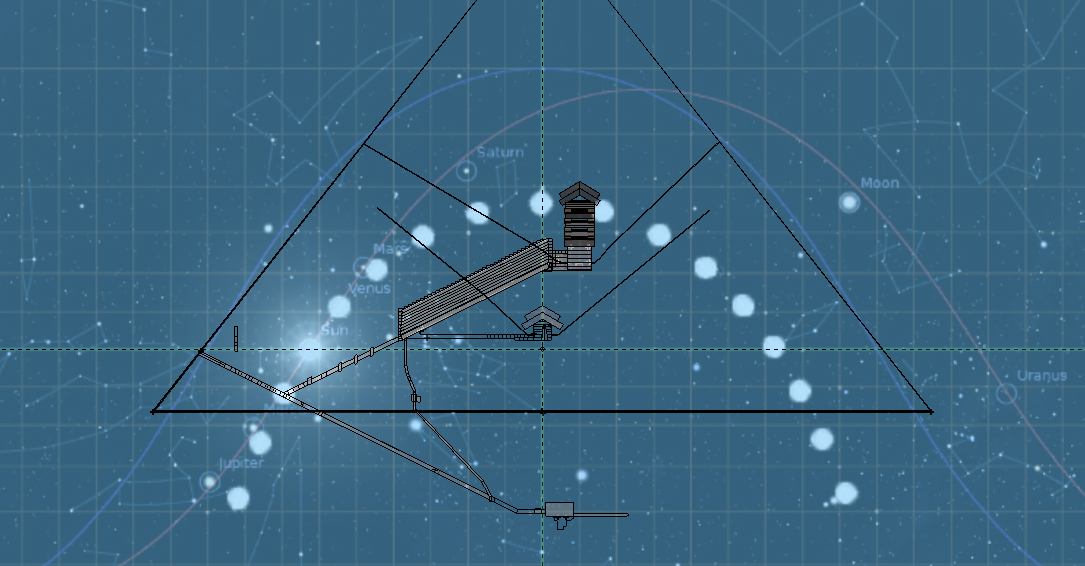 Overlay of sun coursing through the pyramid, set against celestial background of the winter solstice at hourly intervals, centred firstly upon exact noon as seen from the pyramid and then each hour before and after then. (you would have to check through the topic Opus Mundialis Rostau for more on it, but the horizon passes through the feature above the entrance, between the 20 and 21st courses, indicated by the green line beneath the middle chamber)

It is simple enough to swap in the moon, but the point is the amount of hours contained by the pyramid: 13 whole positions and maybe two half positions. Set another way instead of noon, there would be 14 whole positions arcing from base to base if it were the moon.

And I do like your topic...very interesting...especially mention of the Southern Cross (other correlations you have seem plausible but Crux has become a bit of a side-ponder for me for a while...it popped up in my pyramid analysis as an important alignment point, and has popped up again for the Dendera foray. I am not sure yet but I think it lends itself to the Ankh)

Of course, Crux lends itself to the open cube.