Mysteries :  The Official GrahamHancock.com forums
For serious discussion of the controversies, approaches and enigmas surrounding the origins and development of the human species and of human civilization. (NB: for more ‘out there’ posts we point you in the direction of the ‘Paranormal & Supernatural’ Message Board).
Welcome! Log In• Register
Go to: Forum Home•Board•New Topic•Search
Dual Sexed Deities
Author: Robert Jameson ()
Date: April 22, 2019 09:54AM 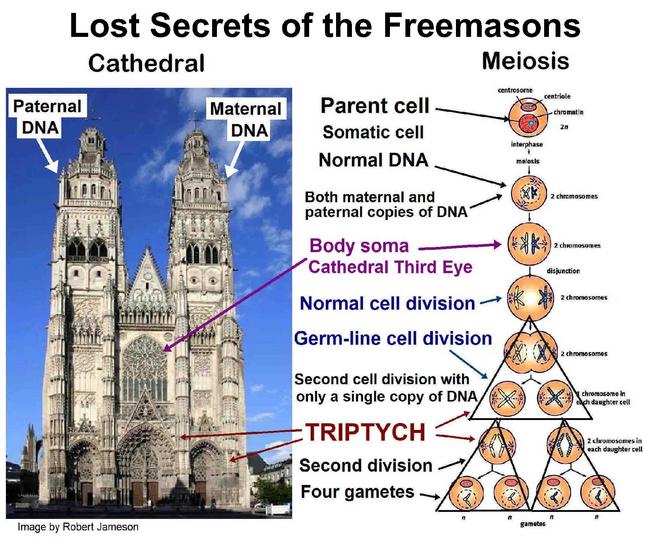 If the architects of Gothic Cathedrals saw the twin towers that front these buildings as embodiments of their Gods and Goddesses, then we should not be surprised that numerous ancient civilisations also envisaged deities that are of both genders.

Like human DNA that has both maternal and paternal DNA entwined in a single body, these ancient deities have maternal DNA down one side and paternal the other. Refer my book; God Gametes 2 and Parallels Between Gender-based Reproduction and Ancient Theology - [www.lulu.com]