Mysteries :  The Official GrahamHancock.com forums
For serious discussion of the controversies, approaches and enigmas surrounding the origins and development of the human species and of human civilization. (NB: for more ‘out there’ posts we point you in the direction of the ‘Paranormal & Supernatural’ Message Board).
Welcome! Log In• Register
Go to: Forum Home•Board•New Topic•Search
The Sheila Na Gig
Author: Robert Jameson ()
Date: April 22, 2019 06:46AM
In his book; Anatomy of a Church – Part 2, [www.askelm.com] Ernest L. Martin, quotes from Barbara Walker:

Female figures prominently displaying the yoni [female genitalia] as a vesica piscus [Mandorla] were once common ornaments of Irish churches built before the sixteenth century. As a rule the sheila-na-gig was carved into the keystone of a window or doorway arch. Undoubtedly it was a protective sign left over from pre-Christian Goddess worship. Figures of the same type were found throughout Europe as cathedral decorations, on the capitals of columns, at the ends of ceiling beams, and so forth. Squatting Goddess figures almost identical to the Sheila-Na-Gig guarded the doors of temples in India. (refer; "The Woman’s Dictionary of Symbols and Sacred Objects," – section on Sheila-Na-Gig) 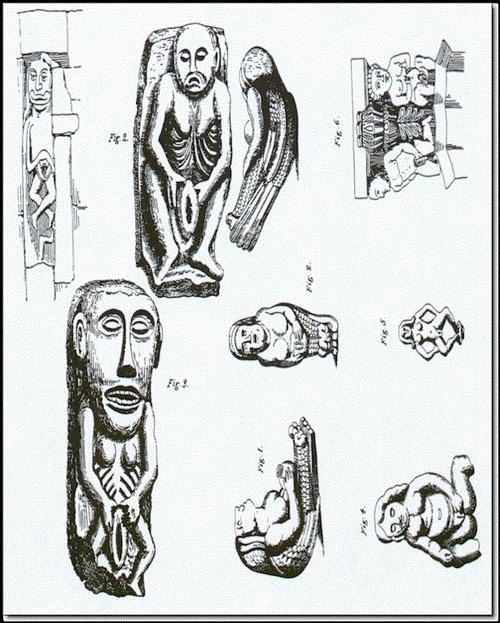 Quoting again from Ernest L. Martin, Anatomy of a Church:

You will often see Mary and/or the supposed "Jesus" within a glorified Mandorla symbol. Note the following examples.

Then there are the visual parallels between:

1. Planets revolving around the sun in our solar system and particles that orbit the nucleus of an atom.

2. Similarities between the stars in our galaxy and a DSNA spiral. See images below: 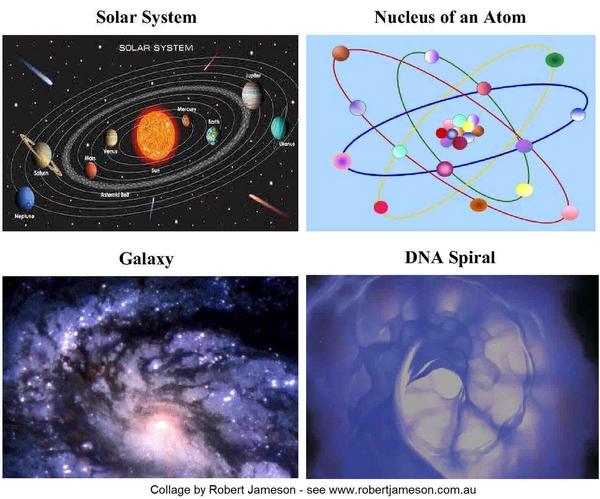