Mysteries :  The Official GrahamHancock.com forums
For serious discussion of the controversies, approaches and enigmas surrounding the origins and development of the human species and of human civilization. (NB: for more ‘out there’ posts we point you in the direction of the ‘Paranormal & Supernatural’ Message Board).
Welcome! Log In• Register
Go to: Forum Home•Board•New Topic•Search
The Triptych and the Pyramid
Author: Robert Jameson ()
Date: April 14, 2019 12:37PM
I just watched a Youtube video by Richard Cassaro. This 53 minute recording was from his presentation at the 2018 Megalithomania Conference; An Advanced Civilization Existed Older Than Recorded Time, Stunning Archaeological Evidence. See Youtube link: [youplay.pk]

Please note the presentation by Richard Cassaro has multiple images of ancient building. I have not sought permission to use his images so I strongly suggest readers refer to his video presentations and books for more details of sites and images referred to below.

In his talk Cassaro notes numerous ancient buildings from around the world that have ‘triptych’ facades: 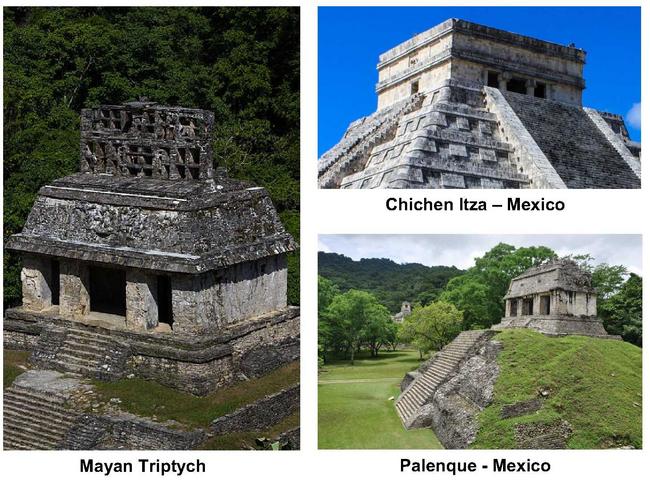 Cassaro shows how ancient temples will commonly have a large main entrance at the centre, with smaller doors at either side – also forming a triptych. 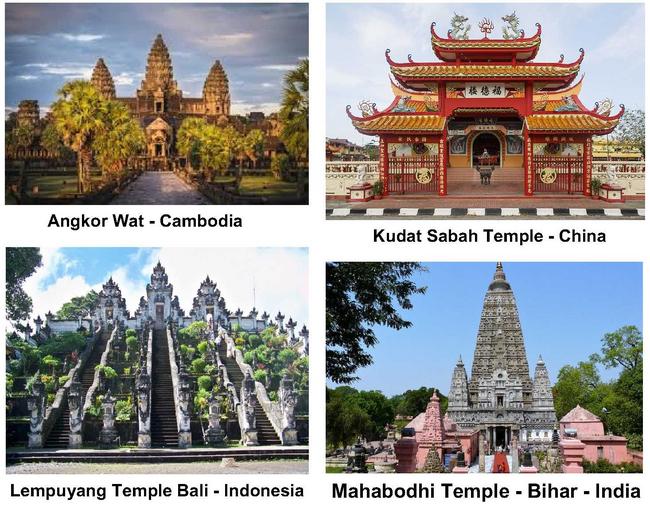 He then discusses the significance of the three-sided symbolism to many cultures. 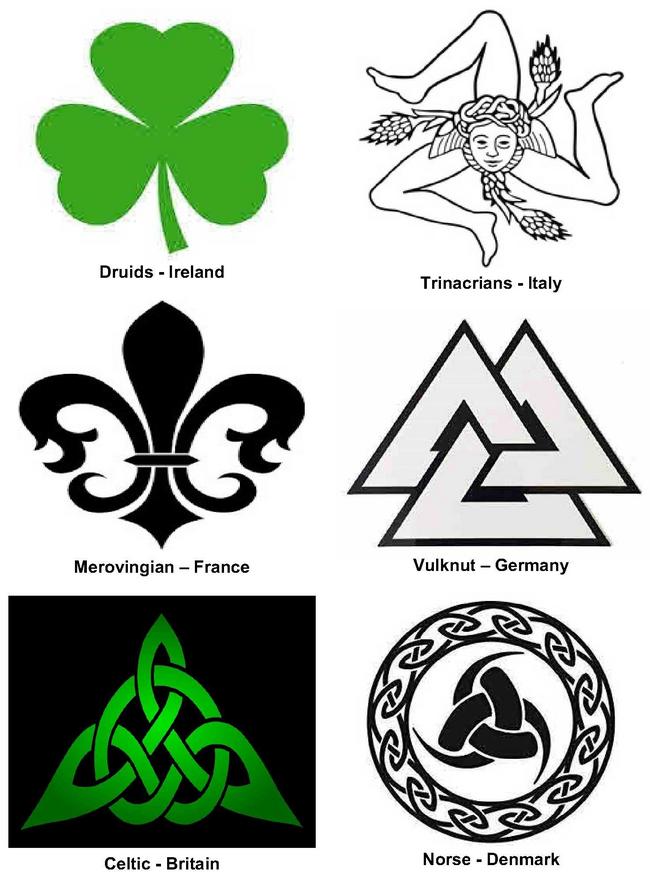 Noting the importance of the number three to the Freemasons, Cassaro then claims the early Masons secretly built the triptych into many Christian Cathedrals. 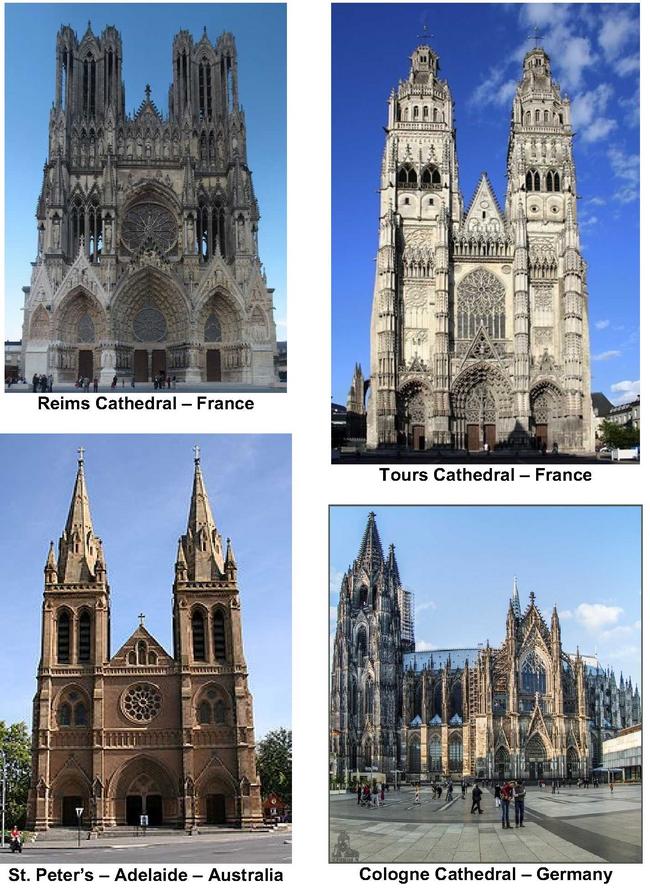 Cassaro claims there is a forgotten history of the Freemasons. That these; “ … Secret Societies were all found to preserve the same Universal Religion that was once practiced by all the ancient civilizations of Antiquity - particularly the ancient pyramid-building cultures …”

Here he discusses the triptych in terms of the fall. The belief that our earthly creation originated from a perfect being – but rather than having the unity of the triptych, we live in a constant state of duality. After the fall we were in the lesser state of male or female; there was day and night, hot or cold, good and bad and life and death.

Returning again to the Freemasons, Cassaro notes that the Masonic Tracing Board has two columns; one column with the sun on top (male) and the other column with the moon (female). 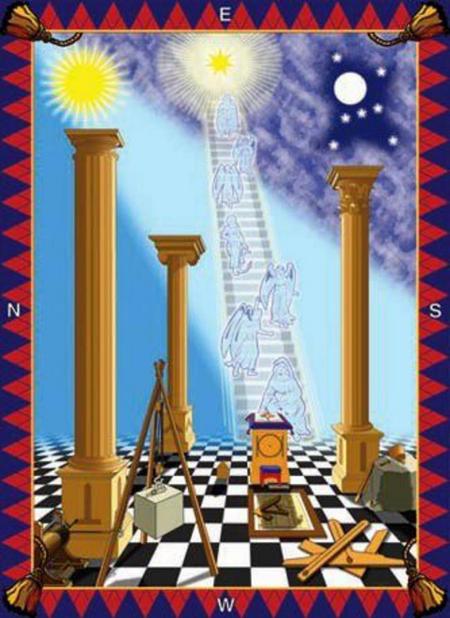 This is a common theme and unfortunately the female is generally associated with the dark side of the hill, she is the negative, reactive, winter and disorder.

It is interesting however that Cassaro (as do numerous others) associates many features of the Gothic Cathedrals with paternal and maternal physical features. He suggests for example that the two towers that commonly front cathedrals are likely symbolising the masculine and feminine. Can I suggest the association is far greater than merely one of gender – that the triptych gives near perfect representation to the biological process of meiosis: 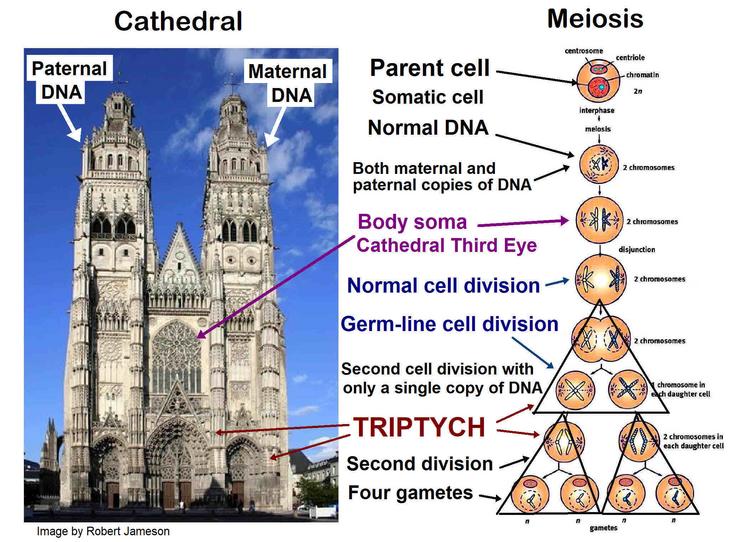 Above we can see how the second cell division precisely parallels the entrance to the Cathedral.

Cassaro also discusses the importance of the number three to the Freemason. This is true but the number six is also important. Below we see, when the cell divides the second time, there are two cells and four gametes, giving a total of six cells. We also note that with four gametes we need not attribute the sun (good) to males and the moon (bad) to females – which is obviously not the case. See sun and moon below: 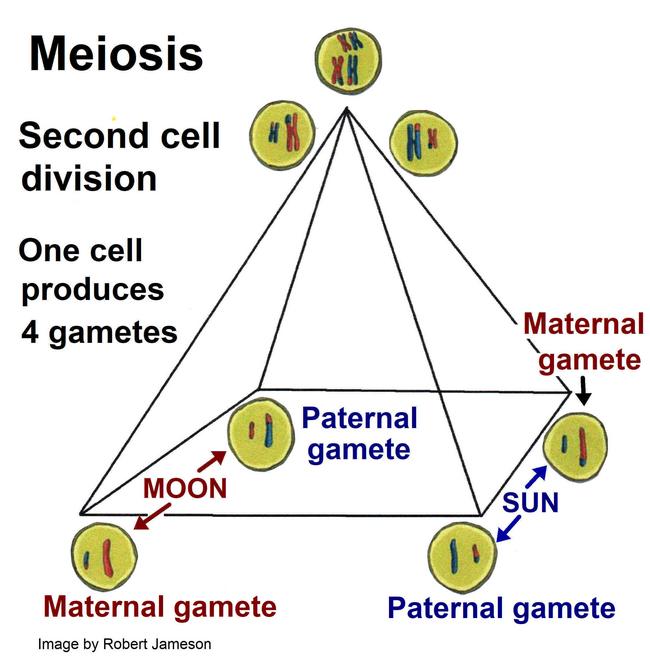 The division of one cell into two, and two cells into four, also forms a pyramid.