Mysteries :  The Official GrahamHancock.com forums
For serious discussion of the controversies, approaches and enigmas surrounding the origins and development of the human species and of human civilization. (NB: for more ‘out there’ posts we point you in the direction of the ‘Paranormal & Supernatural’ Message Board).
Welcome! Log In• Register
Go to: Forum Home•Board•New Topic•Search
Re: Harran and the Sabians
Author: Thanos5150 ()
Date: March 03, 2019 04:40PM
MDaines Wrote:
-------------------------------------------------------
> The founding of Harran at the end of the 3rd
> millennium? Do you know of a text that
> establishes plainly that Harran did not exist
> earlier than that?

> The Syrian Ebla tablets gave Harran as ‘a
> crossroads for trade in the Middle East’ at
> around 2300 BC. It would have been active well
> before that if it was already known far and wide
> as a crossroads. In fact, its very position along
> with this description would no doubt mean that
> Harran was in full contact with Egypt in the 3rd
> millennia, if not before.

I assume you are getting this line of thinking from Magicians of the Gods.

Regardless, why does this mean it would have been in contact with Egypt? Harran: 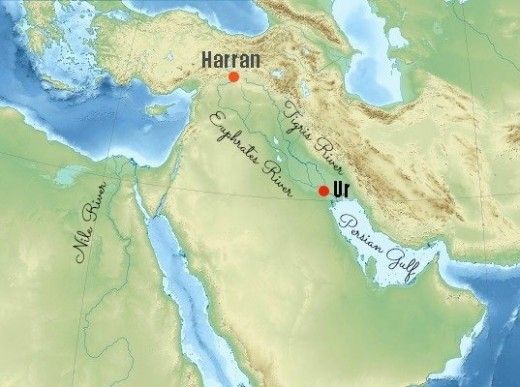 Regardless, this all quite a stretch and more of a means to an end to make the Sabians somehow relevant to a more ancient time which otherwise they are not.

> But I'm still interested in the origin of that
> Great Pyramid ship and would prefer to stay with
> that subject.