Mysteries :  The Official GrahamHancock.com forums
For serious discussion of the controversies, approaches and enigmas surrounding the origins and development of the human species and of human civilization. (NB: for more ‘out there’ posts we point you in the direction of the ‘Paranormal & Supernatural’ Message Board).
Welcome! Log In• Register
Go to: Forum Home•Board•New Topic•Search
Re: Who Designed Giza ?
Author: DUNE ()
Date: March 21, 2019 11:05PM
Again Earth's year can be found via additional geometric lines .

I think now with so many Earth commensurate numbers being found the odds of all of this being coincidence is becoming unlikely.

The updated diagram with the true figures. 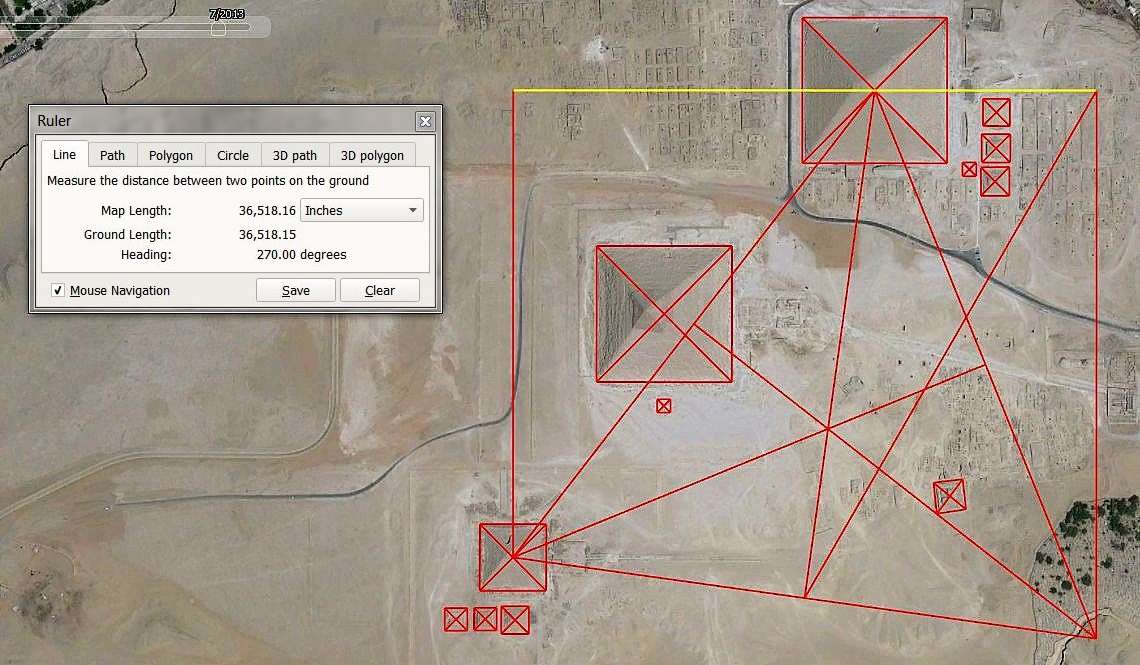 In rechecking the geometric calculations by an online angle calculator the actual lines should read 36518" , so i may change the diagrams later to these correct calcs, so ,even though 36518" is short by some 6" from the Tropical year of 36524 i think the 36518" measure is still close enough to be seen as an intentional design aspect of the greater geometric plan at Giza, who knows maybe at some distant past epoch the year was 365.18 days and some kind of Planetary event change us to 365.242 days