Mysteries :  The Official GrahamHancock.com forums
For serious discussion of the controversies, approaches and enigmas surrounding the origins and development of the human species and of human civilization. (NB: for more ‘out there’ posts we point you in the direction of the ‘Paranormal & Supernatural’ Message Board).
Welcome! Log In• Register
Go to: Forum Home•Board•New Topic•Search
Re: Who Designed Giza ?
Author: DUNE ()
Date: March 20, 2019 04:23PM
Further to the premise that Giza is a unified construct based on a circumscribed equilateral triangle .

This particular geometric design hangs totally on the spacing between G1 and G3.

This diagram below gives all the salient angles and measurements , the Giza rectangle as a whole is around 6" bigger than Petries estimations on its width and length. 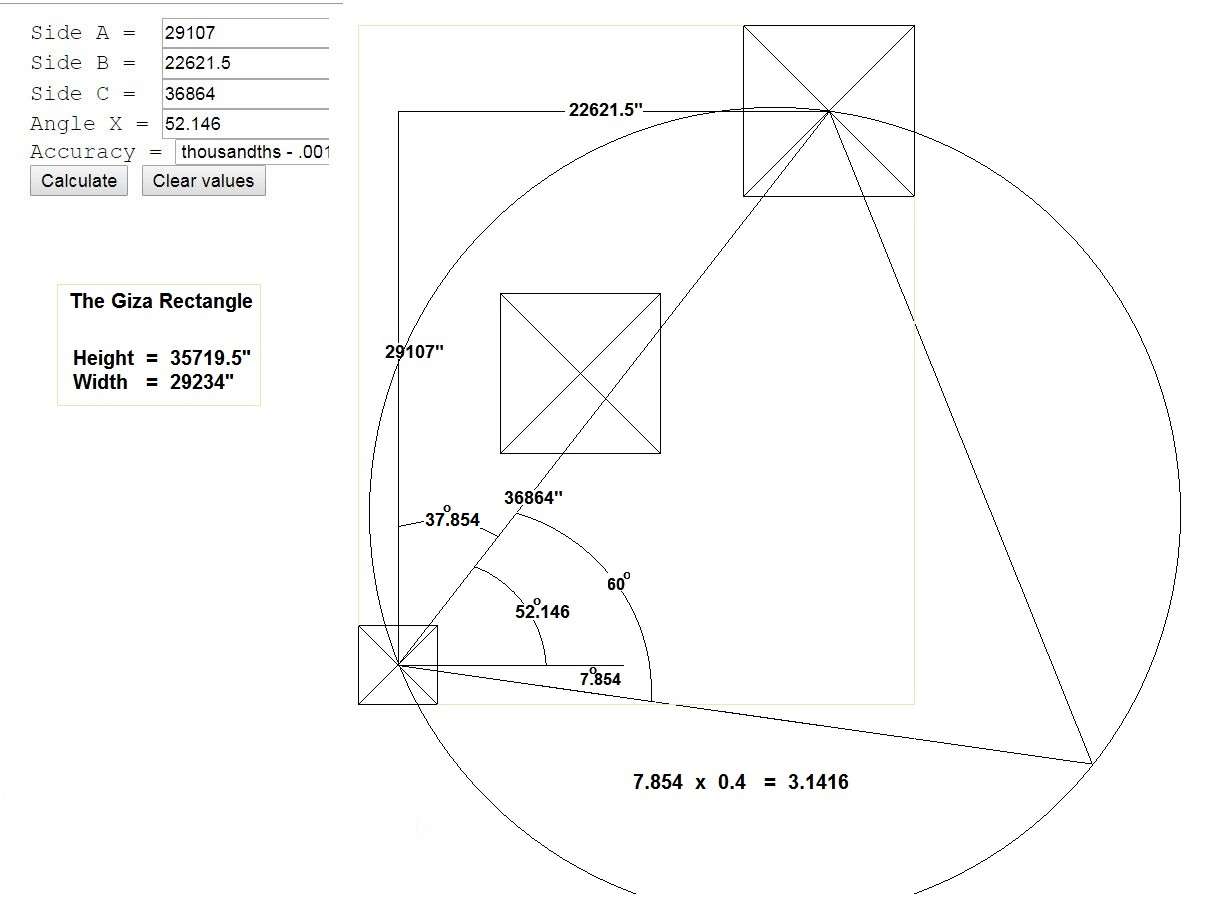 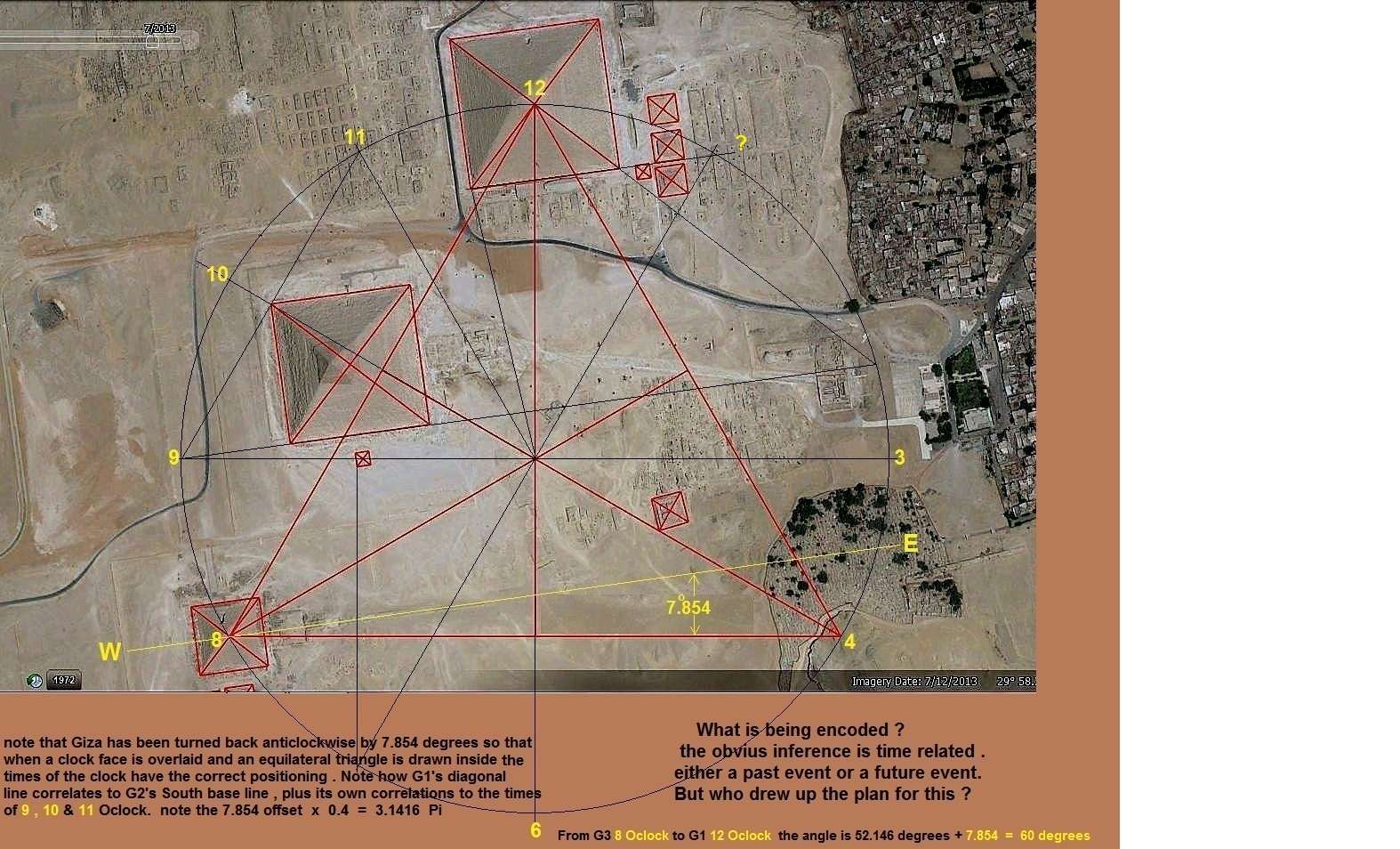 Just adding this Giza diagram showing the overlaid Equilateral Triangle that i say was used to set out the positions of the three main pyramids , it also shows how accurate this Google Earth diagram is in relation to the pyramids, to show how accurate it is when used to measure point to point local locations ive shown the measure from the Equilaterals center to one of its corners, to which geometry dictates it to be 21283.44" , based on a base of 36864"

So measured via Google Earth it gives it as 21283.42" , just 0.02" short from the actual, so i think that dispels the often cry that Google Earth isnt that accurate .

Also, again we can see how the Square root of 3 is built into Giza, via its geometric layout and the actual size of G1

Just another coincidental number of 36518 , or intention ? , close enough to Earth's Tropical year of some 36524 days


This diagram is an update due to more accurate findings.i previously measured it as 36525" , but the geometry dictates that it must be 36518.2", 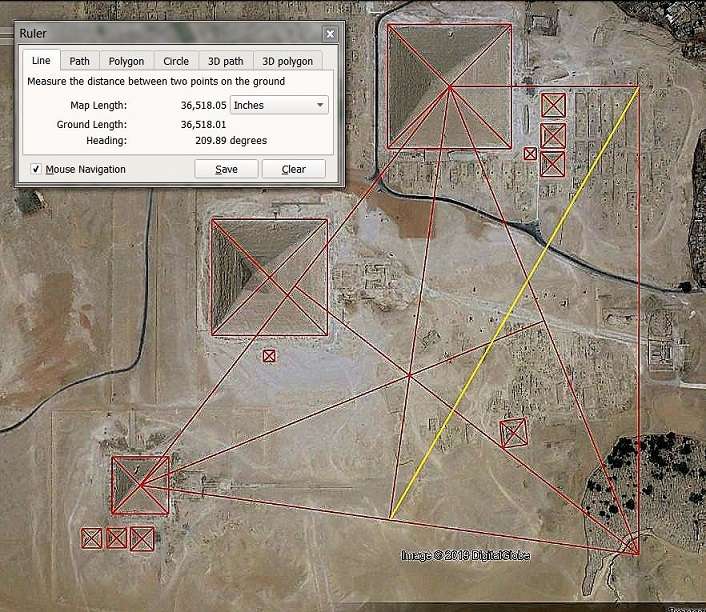