Mysteries :  The Official GrahamHancock.com forums
For serious discussion of the controversies, approaches and enigmas surrounding the origins and development of the human species and of human civilization. (NB: for more ‘out there’ posts we point you in the direction of the ‘Paranormal & Supernatural’ Message Board).
Welcome! Log In• Register
Go to: Forum Home•Board•New Topic•Search
Re: Khufu II vs Khufu I
Author: Thanos5150 ()
Date: November 06, 2018 06:57AM
Dr. Troglodyte Wrote:
-------------------------------------------------------
> From 2001,
> Miroslav Verner’s
> account addressed the ambiguity of the
> interpretations among the scholars of the time
> regarding the then known markings discovered on
> the roofing blocks of the pit for Khufu I.

He does, but you'll note he also says found exclusively are Djedefre's throne name and Golden Horus name meaning he himself was king at the time. The "ambiguity" is concerning the date, not if Djedfre was pharaoh at this time.

These marks and inscriptions seem to form a coherent collection relating to different stages of the same
building project realised by Djedefra's crews. Such marks and inscriptions usually pertain to the breaking of the blocks in the quarry, their transportation, their storage and manipulation in the building site itself, etc. In this context,
the attribution of just a single inscription - and what is more, the only one with a date - on all the blocks from the boat pit to somebody other than Djedefra does not seem to be very plausible.


> Ten years later, in 2011, the Director of the
> Waseda University Mission Team in Egypt, Sakuji
> Yoshimura, reported regarding Khufu II that
> [“i]…while the fillings around the sides of
> the covering stone were being cleaned, the team
> uncovered the cartouche of the Fourth-Dynasty king
> Khufu inscribed on one of these blocks, and beside
> it the name of the crown prince Djedefre.
> This, he argued, meant that this boat was
> constructed during the reign of King Khufu and
> not, like the first boat now on display at a
> special museum on the plateau, during the
> reign of his son and successor Djedefre.

5 Khufu cartouches were discovered in Khufu II. Only one cartouche of Djedefre was found, but also found was his Golden Horus name which leads them to believe he was still prince at the time which I do not think makes much sense. This is but one of the pharaoh's royal titularies which I do not see where it is ever associated with being a "prince" if not specifically the king and if you read Verner it is the presence of these two names that clearly establishes Djedefre as the king at the time which is not disputed by the Egyptologists of Khufu II. Why would this now mean in Khufu II he is the Crown Prince" just because Khufu's catouche is found? Not to mention a name in a cartouche is a pharaoh's throne name supposedly meaning he has ascending to kingship. The meaning of the Golden Horus name is disputed regardless, however, it appears the only reason they say this is to mean he was prince at the time is because Khufu's cartouche is also found and not because of precedent or known meaning.

I also find it strange that in Khufu I Djedfre's name is found a whopping 18 times, and yet in Khufu II Khufu's name is only found 5 times across 41 blocks which all may not even be on 5 different blocks.

Also found is a date on one of the blocks which says the 14th year of presumably Khufu's reign which only makes matters worse. So taking this at face value, Khufu was supposedly closing up this boat pit during the 14th year of his reign. He would not reach the height of the relieving chambers for another 3yrs, but still thought it best to build and finish a boat pit on the quarry side of the pyramid no less. The diary of Merer notes Khufu's 27th year of reign, some 13yrs later, which some Egyptologists take this as the time they were finishing quarrying the casing stones.

Regardless, I can't say it makes much sense for Djedefre's name, let alone his cartouche (throne) and Golden Horus name, to be on a block at all if Khufu was still pharaoh regardless of whether he was "completing it for his father" or not.

> The generalization does not hold; Khufu was still
> King during the marking of the blocks roofing the
> boat pit for Khufu II.

As I have noted before regarding boat pits in general, this practice was seemingly abandoned after the 2nd Dynasty in which for reasons unknown, if they are even related, Djedefre revived the practice…


The generalization does in fact hold because, one-it did end in the 2nd Dynasty. Secondly, the presence of Djedfre's cartouche and Golden Horus name in Khufu II, clearly shows he had a uniquely direct influence on Khufu II which was fully realized at some point later with Khufu I. The presence of the Khufu cartouches does not mean Djedfre was not responsible for Khufu II whether Khufu was still king or not. It also says he was near or was the king at that point and the fact Khufu's name was found only 5 times, perhaps on just a few blocks, compared to Djedfre's 18 in Khufu I, doesn't tell us much as to who started what when.

The southern boat pits are plain rectangles clearly made to be roofed with unusually massive blocks. 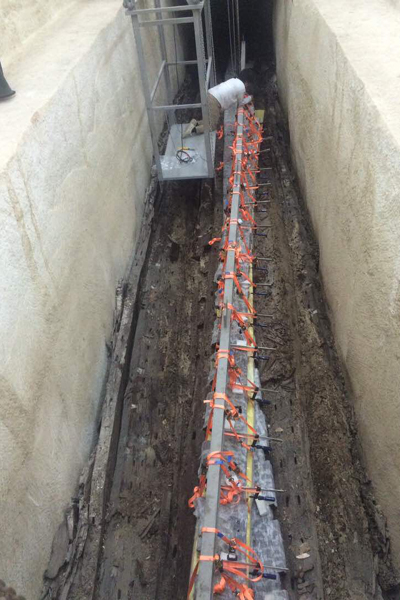 Compare to the eastern boat pit shaped like an actual boat: 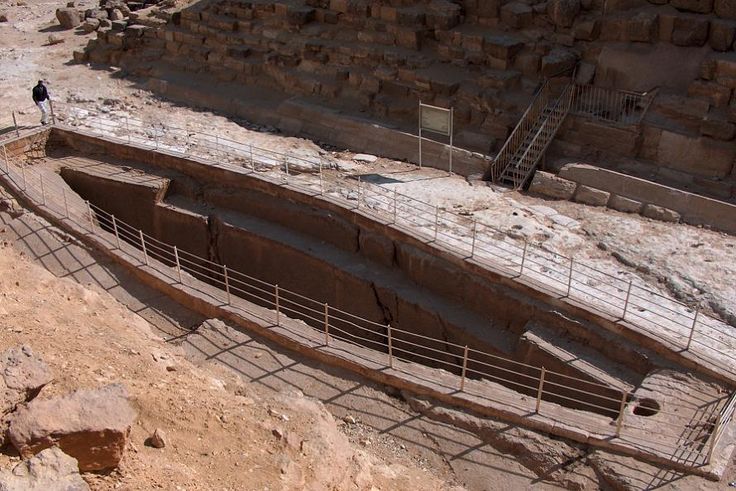 These were made by Khufu for Khufu all at the same time and for the same purpose? It makes no sense.

Lets assume that Khufu did make the southern pits-was their original purpose to house boats? Djedfre was the first pharaoh to connect his cartouche to the sun god RA-is it possible Djedefre later converted their purpose to house boats as part of his new found religious beliefs in which he also later built the east side pits as well yet this time in the shape of actual boats given he had the freedom to do so from scratch?