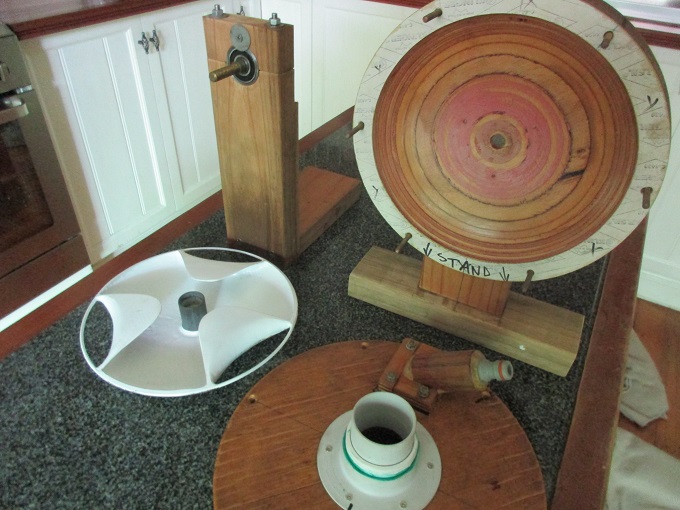 As far as I can see from photos and drawings there's no pitch or twist in each of the lobes. Also the lobes narrow toward the centre of the disc, unlike a propeller which usually tapers toward the the tip to cancel out the higher velocity at the extremities of the propeller thrust disc. The schist disc is the opposite of a propeller in that respect. Narrow at the low velocity smaller diameter and wide at the high velocity larger diameter.

Using your apparatus have you tried with a completely flat disc? I suspect that at the illustrated jet position and angle even a flat disc will be induced to rotate.
How does the Schist disc compare with say a flat disc or a more conventional vaned impeller.

Do you have any way of measuring the RPM when the disc is enclosed and running?
How does the schist disc RPM respond to water flow rate changes?
I was trying to do some mental gymnastics to figure if it could be self governing in some way, maintaining a constant RPM over a range of flow rates?? Obviously a conventional impeller RPM will respond proportionately to increased flow rate.

Endless apologies for asking too many questions.