Then what is the basis of the heiroglyph alleged to mean pyramid??

>
> It is not a frustrum(sic) problem , not even
> remotely a (actually "frustum") problem. Read even
> the English translation of it.

Rhind or Moscow?? Which english translation.??


>
> Your continuing vacuous efforts to sound like you
> know what you are talking about only appeals to
> lonely barking swooning dogs!

I know about triangles. They're not that difficult.


>
> > I guess it could symbolise an isosceles
> triangle,
> > but a triangle isn't a pyramid.
> > The scribe who wrote the papyrus made a pretty
> > good job of drawing the relative length ratios
> > accurately and in accordance with his notation,
> so
> > if he's referring to pyramids and assuming that
> he
> > has seen a real pyramid why are the triangles
> so
> > acute?
>
>
> The problem refers to cubits.
>
> Now it will be stretching your artistic
> imagination and MerKarnical Engineering knowledge
> but what do you know about AE cubits? In rounded
> (simplified for Dummies) it is approx. 20 inches .
> What could a 1550 BCE culture be talking about in
> terms of 280 cubits high and 330 cubits base?

Triangles.. The Greeks were fascinated by them.. Triangles are fun.. and necessary for all kinds of stuff..
Like surveying land. Which is also pretty big and rely's totally on triangulation.


>
> What were they referring to other than what the/us
> Dummies call pyramids?

Triangles and Trapezoids, which are usually two triangles.


>
> > As for the rope and beam thingy, without
> > trigonometry it'd be a pretty good way of
> > constructing and predicting any triangle.
> > I was under the impression that the AE made use
> of
> > string and sticks to lay out simple geometric
> > shapes.
> > IMO it's all about triangles, not pyramids. A
> text
> > book on how to do triangles. Triangles for
> > Dummies!
> > BTW do you have any idea what the glyph for a
> > triangle is? Is there a glyph for triangle??
>
>
> You pretend you know about Frustum (err sorry
> Frustrum (sic)) problems and yet talk in triangles
> to your (thankfully occasional!) mad barking
> audience.

You need 'Triangles for Dummies' to do the frustum.
Which isn't a pyramid.

It's a trigonometry/geometry textbook with no mention of a true pyramid or any claim to be about pyramids.
Just triangles and cylinders.
It's one hell of a stretch too claim it's a handbook on pyramid construction.
The computation of cylinders is really relevant to pyramid construction?


What is the glyph for 'Triangle'??

So we have a drawing of an acute isosceles triangle, accompanied by notation, which somehow through an enormous leap of faith transmogrify's into a pyramid.??
How did that happen??

It's like me claiming that a basic trigonometry textbook is all about, and exclusively about tower cranes.. Simply because tower cranes consist of lots of triangles glued together.
How about it may just be a trig text book??
A book about triangles. "Triangles for Dummies".

Get a stick and a piece of string, knot the ends of the string to the stick so's they slide on the stick. Make a triangular loop in the string with your finger. You've got a triangle .. Now slide your finger along the string keeping the triangle taught. You can even vary the distance between the knots.
You can now compute any triangle you like.
'String and stick' trigonometry. Which is pretty cool until the Greeks come along and make things appear more difficult.
(although way more accurate). Especially for surveying.

Could the glyph mean 'surveyed land' .. Measuring Stick and Triangle... ??
Linear measurement and triangulation. Which is a survey. Is it not? 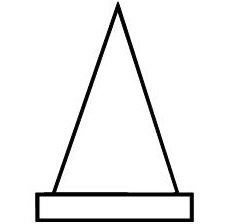 Christ it's even similar to this, which is also all about measuring and surveying.
Probably unrelated, but similar in that they are both good examples of good graphic design, the meaning derived through purpose and simplification.
Rule number one...KISS... (Keep it Simple Stupid) 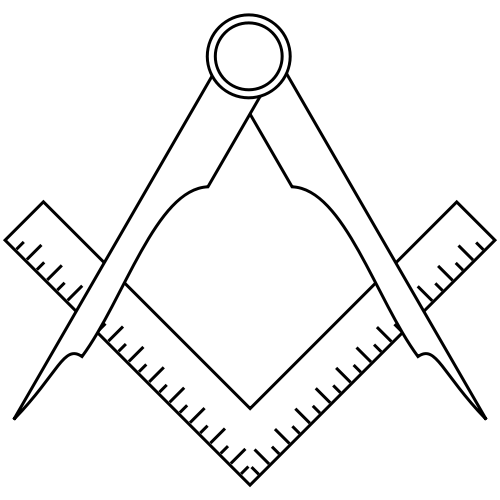