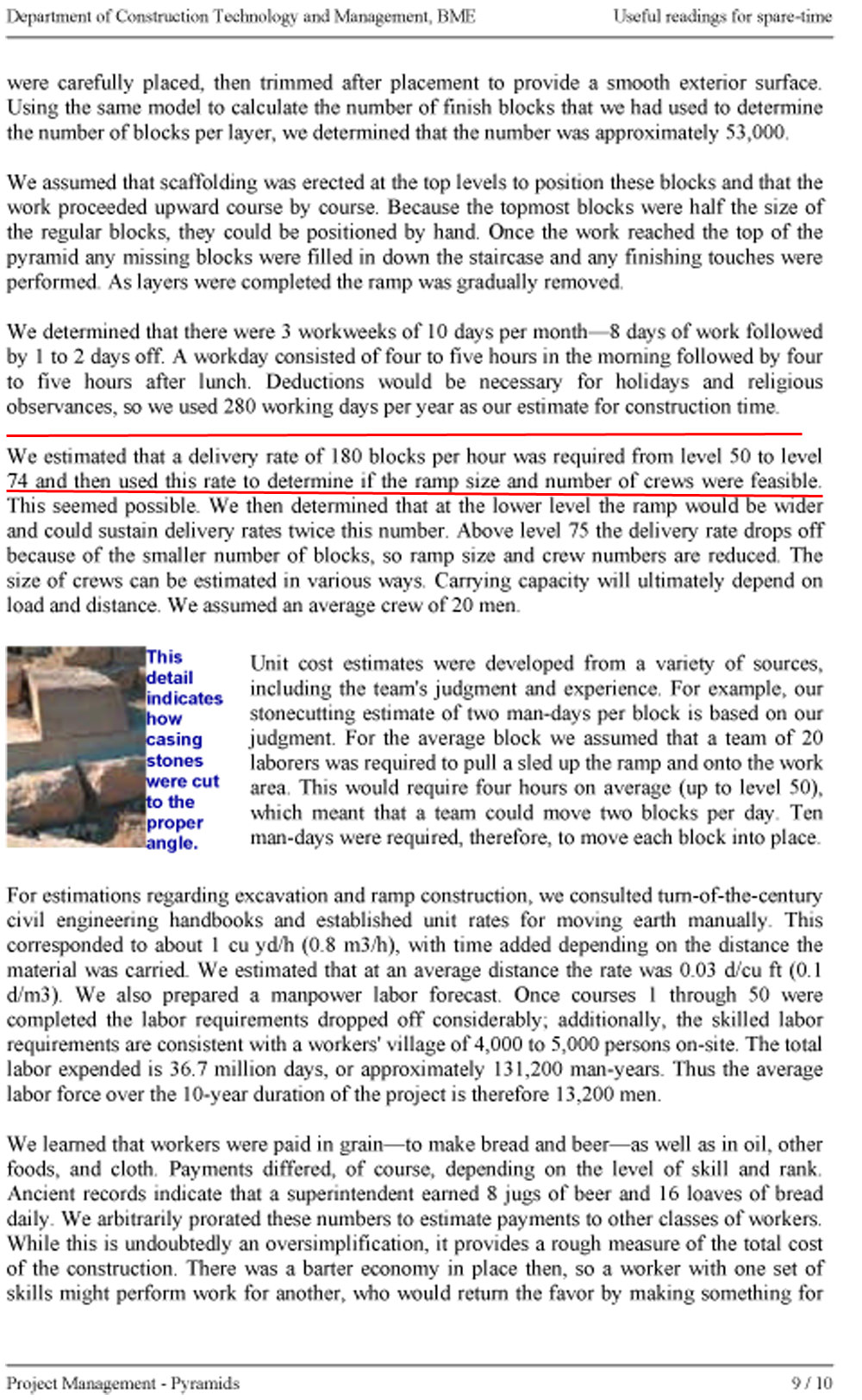 No I hadn't seen it, thank you.
Wow, it's hard to take it seriously.
From what I can make out of the confusion; 20 men to haul one block x180 blocks per hour = 4,600 men on the ramp at any given time. How many damn ramps did they have! Am I missing something?

And it doesn't take into consideration the shipping of stone, staging the stone & tools & other materials. For those who have not experienced a job site or warehouse: there are loads and loads of different materials coming in that have to "staged" somewhere to be counted & sorted. 200 stones designated for the 2nd course of SW corner, if Akmed doesn't have these stones by dawn tomorrow his crew is out of commission. We need 50-100' ropes for next weeks work, sleds out the wazoo, and on and on it goes. Not to mention latrines. If you want to see the streets run with sewage, put 2,000 men on a job site without porta-potties.

They didn't need to consult turn of the century engineering handbooks for moving earth. They could have consulted an excavation company who could break down a backhoe's shovel into basket loads.

TEN MAN-DAYS WERE REQUIRED, THEREFORE, TO MOVE EACH BLOCK INTO PLACE.
Is this quarry to pyramid? The way it's worded I can't tell how they came up with the 10 days, can you?

THUS THE AVERAGE LABOR FORCE OVER THE 10-YEAR DURATION OF THE PROJECT IS THEREFORE 13,200 MEN
Average per day, per year?

Holy Slavery Batman! They were paid in food and clothes but had "holidays and religious observances" off. Their labor union really sucked.

This had got to go down as the worst job estimate in the annals of construction. I guess it's why we don't see professors building houses.

It sounds like someone asked the university if it could be done in 10 years.