> Yes - the body of the Osiris King is a pyramid.
> Originally, imo, it comprised the first 16
> completed pyramids built by the AEs hence the
> Osiris myth of his body being cut into 16 (often
> 14) parts and scattered across the land of Egypt.
>
> 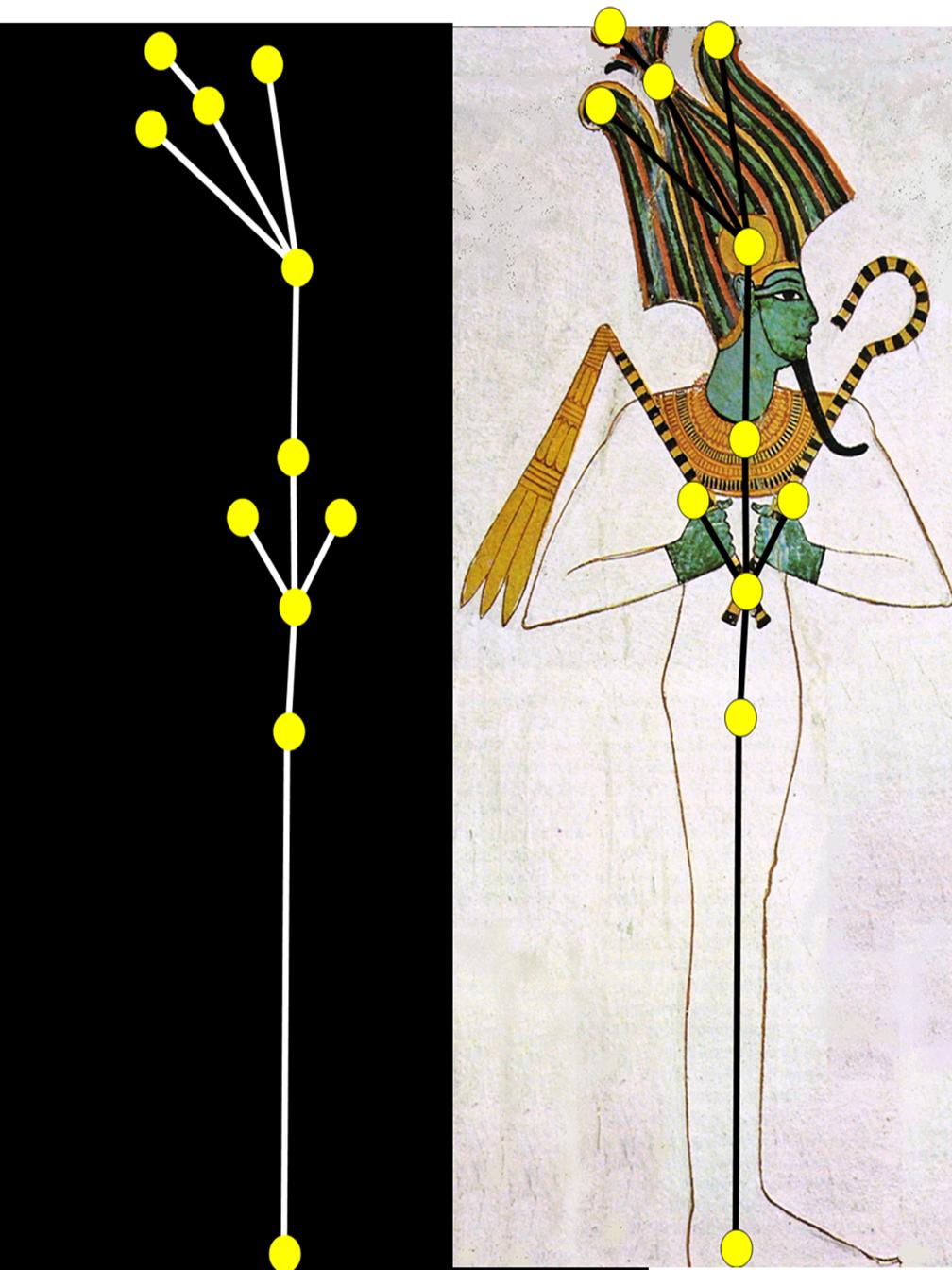 The pyramid is osiris, n, and osiris/ n. It is also very much a "seed vault". Whether it actually contained enough seeds to plant a crop of sufficient size to save the people is somewhat less likely, I have no doubt there are well preserved seeds among the many other samples and specimens they placed in G1. It is assuredly a seed vault in the sense that there is ample knowledge and specimens to recreate ancient science, language, and culture. Everything they knew and the means to learn it is inside of here under the NE corner. And, yes, there probably is an access to this very area near or on the Sphinx.

Modern people are parsing the ancient writing and evidence and seeing parts of it in terms of models and the kind of thinking that results from using modern language. Many of these parts are very very real and the only "theory" that has no validity at all is the concept that the ancients were changeless and superstitious as they dragged tombs up ramps and into the future. Only Egyptology has it entirely wrong.

"Osiris" may simply be "dead atum". After the great pyramid building age they retained the ancient rituals even though they could no longer build pyramids and "atum" the spraying water had ceased to exist. References to "atum" simply began being written out of the text and "osiris" inserted in his place.

Eventually the Ancient Language failed and people forgot the nature of osiris but tried to preserve ancient knowledge in myth, legend, religion, alchemy, astrology, etc, etc, etc. Science was dead so the preservation of ancient knowledge proved impossible (at least till the computer age).

People naturally try to put it all together. It's what people did even before the "Tower of Babel". It's how the animal brain provides the ability for the individual to survive. Modern people don't understand this. We think there is some sort of magic to science and we know everything just like the priests in the dark ages.