Yeah, this is what they say. But Userkaf, his presumed successor, supposedly only ruled 7yrs as well yet he had no problem building a pyramid as well as all the accompanying structures: 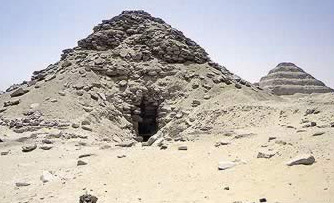 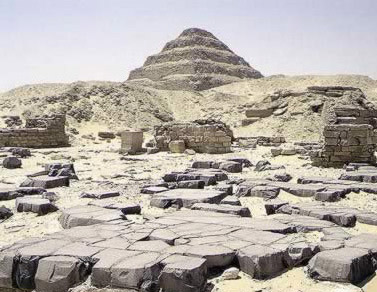 Entrance to the adjacent Queen's pyramid with G1 style entrance:

> Looking at a schematic of its build plan its
> entrance seems a lot like most other pyramid
> entrances , maybe he kicked the bucket way too
> soon and whoever was in charge decided it a whole
> lot easy'er to finish the job as a Mastaba .
> Some Egyptologists suggest he modelled it after a "Buto shrine", but this seems pretty superficial. What you are proposing makes sense and it is hard to find a direct parallel in earlier large mastabas like those at Meidum and Beit Khallaf which all things considered the interior of this mastaba does seem to belong with the Giza and later group.