Mysteries :  The Official GrahamHancock.com forums
For serious discussion of the controversies, approaches and enigmas surrounding the origins and development of the human species and of human civilization. (NB: for more ‘out there’ posts we point you in the direction of the ‘Paranormal & Supernatural’ Message Board).
Welcome! Log In• Register
Go to: Forum Home•Board•New Topic•Search
Re: Gables v Arch
Author: Jon Ellison ()
Date: October 27, 2017 01:36AM
Barbelo Wrote:
-------------------------------------------------------
> It appears that the mastaba as a tomb for a
> pharaoh went out of fashion at the end of the
> Third Dynasty in favor of a pyramid. These
> pyramids developed into the two largest and the
> highest examples of the craft in those of Khufu
> and Kaphre.
>
> However, the architect/s of the Big Two, as
> brilliant as he was, had no knowledge of how to
> build an arch. But, within the lifetime of the
> architect of Kaphre (allowing for maturity),
> somehow, someone (he or someone else) perfected
> the arch which which still stands today in
> Menkaure's Pyramid.
>
> Straight off. Not in an upper chamber as in the GP
> which would allow for the passage of time and
> trial and error in engineering, but underground.
>
> This breakthrough in construction was duplicated
> in the tomb of Shepsekaf, who it is said,
> completed Menkaure's Pyramid complex in mudbrick.
> And then, with this brilliant new architect in
> tow, decided to ignore all pyramid development and
> revert to a previous style in the mastaba but
> still incorporate the arch.
>
> Sounds a little upside down to me.
>
> Is this correct?
>
> PWH


Not really as it isn't an arch.
It's a triangulated, opposed truss.
It functions dynamically in exactly the same way as the trusses' in the other pyramids.
The only difference being that the undersides have been carved into a non circular curve. For whatever reason.
It's a very interesting non circular curve though. 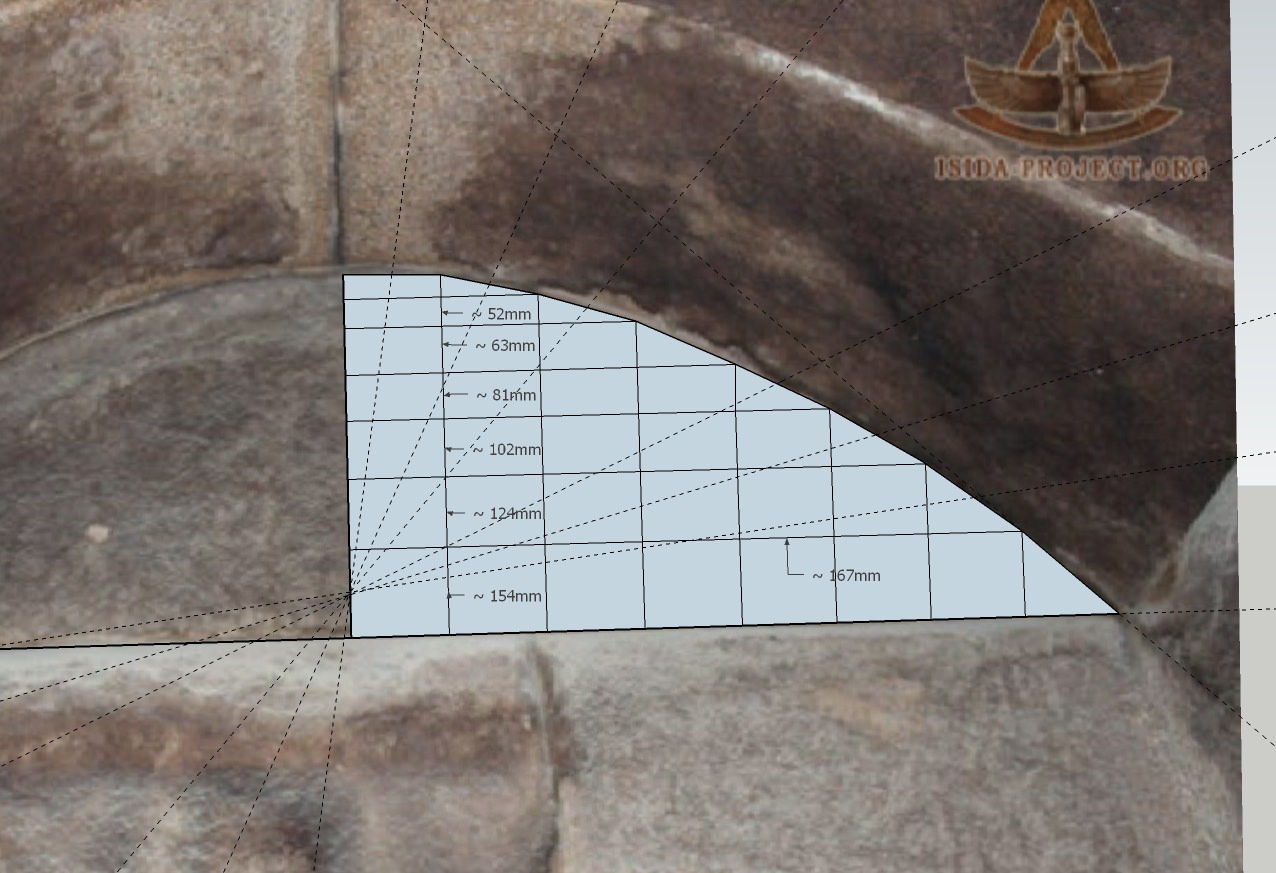