Mysteries :  The Official GrahamHancock.com forums
For serious discussion of the controversies, approaches and enigmas surrounding the origins and development of the human species and of human civilization. (NB: for more ‘out there’ posts we point you in the direction of the ‘Paranormal & Supernatural’ Message Board).
Welcome! Log In• Register
Go to: Forum Home•Board•New Topic•Search
Re: Was Egyptian Thoth the Great Weaver?
Author: Thanos5150 ()
Date: October 22, 2017 11:21PM
Hello Madeleine. 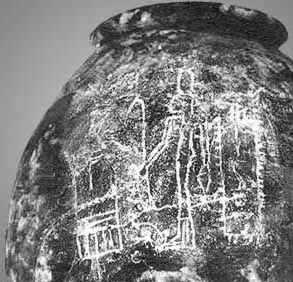 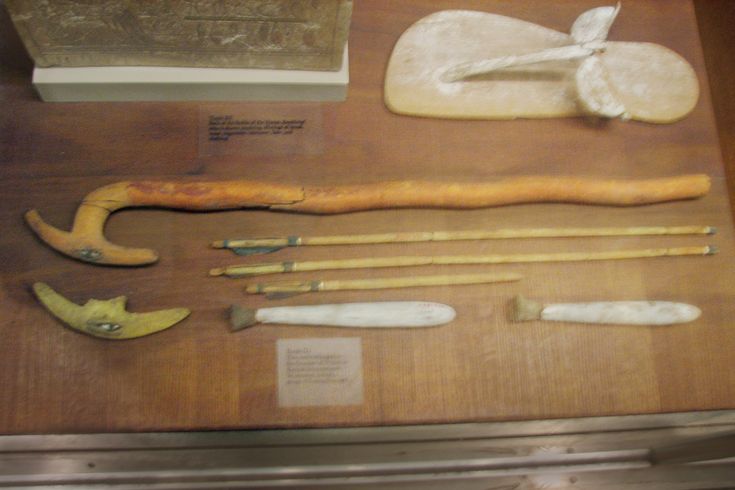 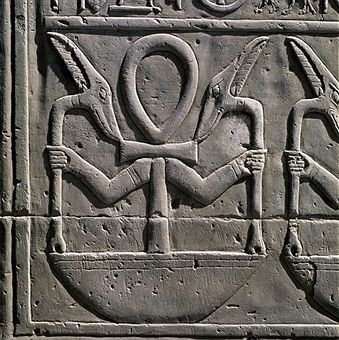 To my knowledge the earliest depiction of the Was sceptre was in the 1st Dynasty. What is interesting to me is that it all but disappears from 3rd Dynasty through Old Kingdom iconography where at some point in the Middle Kingdom and onward becomes part and parcel of AE symbolism seemingly twisted into a different form, namely with an animal head. There is a staff depicted in the 3rd-OK, which kind of sorta looks like it, but to me not really especially considering there was no confusion from the MK onward. Saqqra, 3rd Dynasty. 4th symbol over from top left:

This may be conflated with a version of the Was sceptre but I think it's a stretch.

Regardless, if you look at the archaic depictions, I do not believe the top "t" is meant to be at an angle on the same plane as the the "prong" at the bottom, but rather is depicted in forced perspective. Meaning in reality the "t" is on a horizontal and parallel plane to the prong. Imagine this: T : with the open prong facing us on the bottom.

Of further interest is that while the Was sceptre, ankh, djed pillar are all found in the 1st Dynasty, you will not find them depicted on any of the palettes or tokens associated with the first kings implying whatever the Was scepter was that was so important to Djet was not shared by those before him. Again:

I'm not sure what this disconnect means, but it means something.

My opinion, for whatever it's worth, is that the Was sceptre was originally a tool related to either astronomy and/or surveying and the meaning it had to later AE from the MK onward had little or nothing to do with its original purpose. I think further evidence of this is that as far as I can tell the iconography of the Was sceptre was all but abandoned from the 3rd Dynasty-OK which makes for quite a leap of dormancy in understanding.

As far as any relation to weaving, I know of none in any period and unless we have completely missed the supreme monumental importance of weaving in 3,000yrs of AE culture, it stands to reason it would not be prominently displayed as a symbol of power for the pharaohs, gods, and apparently mysticism in general.