Mysteries :  The Official GrahamHancock.com forums
For serious discussion of the controversies, approaches and enigmas surrounding the origins and development of the human species and of human civilization. (NB: for more ‘out there’ posts we point you in the direction of the ‘Paranormal & Supernatural’ Message Board).
Welcome! Log In• Register
Go to: Forum Home•Board•New Topic•Search
Re: ships on land thousands of slaves dug tracks at corinth
Author: Jon Ellison ()
Date: October 18, 2017 07:01PM
Origyptian Wrote:

> I'm skeptical about their hypothesis. How likely
> is it that the towing animal would be so precise
> to follow exactly the same path and not deviate
> more on the road. It's hard to believe that such a
> cart wouldn't leave tracks are much broader over
> the years of wear and tear along the road. Note
> the absence of any trough between the track
> marks that would indicate wear created by the
> animal that towed the cart. At least in some cases
> we would expect to see an animal trough that's
> deeper than the "wheel tracks" since the animal
> hoof could impose a larger psi.

Agreed.
It's not as if the route is constrained as in a roadway/street with buildings or walls or vegetation either side forcing route repetition. Not the shortest route between two points either, often referred to as a "Desire Path".

Wheeled cart ruts in stone require considerable constrained traffic flow over the exact same spot in order to even begin to establish a rut.
The "signature" is of a single or at least very few passes in soft material, which would explain the turnouts and crossovers. Problem being, it's not soft material..
So how does soft material get to be hard material and how long does that take?
As you say no hoof marks or indents, draft animals, usually being hoofed leave deep marks in soft stuff.
To me, they look more like drag marks in soft stuff rather than wheel ruts???

Clapham Junction in Malta is a small area where the top soil has been removed, the ruts appear to continue on into the surrounding areas. The rut field in Turkey, is as I understand it far more exposed and extensive. 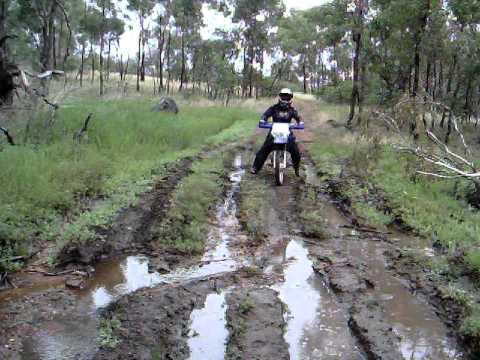