The image below is a representation of, arguably, the most accurate, and most current, survey of the three primary Giza Pyramids; it combines the Work of Petrie [Khafre and Menkaure], and that of the Glen Dash Foundation, et al. [Khufu]: 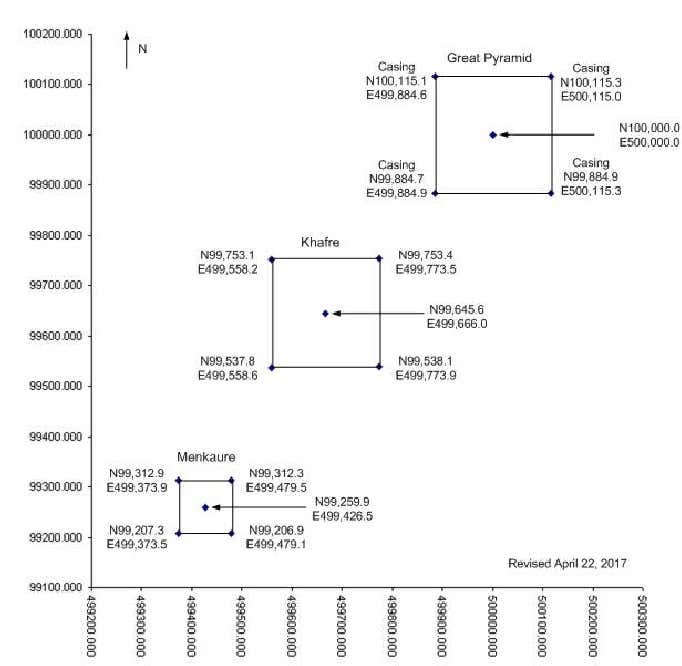 Every corner of each pyramid is referenced by coordinates of the Giza Plateau Mapping Project, allowing one to deduce the dimensions of each pyramid and the relative positioning of the other two. Source Note: The coordinates for the image above were based on data prior to the GDF 5MAY17 Revision [Refer Source, page 12].