But it's not "bias" that makes me discount the injection port idea, it's the facts. This is where my bias lies.

> I have no idea as to the who or how these
> were built and, despite what you've written, I
> haven't come to any conclusions other than there
> was a lost worldwide civilization which went off
> the rails.

Fair enough. I don't know who or how some of these things were built as well and the idea of civilizations travelling around the globe spreading influence seems more than apparent. But what does debunking port injection molding of stone have to do with any of this? This is another problem here, and society in general, is that there is no nuance in our understanding. It always has to be one or the other. People have been polarized into teams, for example alt and mainstream, either of their own volition or being categorized by others, and to take a stance against one aspect of an ideology is taken to mean it is against the whole which is simply ignorant and often little more than an opaque argumentative tool.

> The boss's mean something - again I
> have no idea as to what - and they are found all
> over the world.

But they don't mean port injection molding which is ok. All evidence points to them being used for lifting the blocks yet because it is mundane compared to otherwise something that seems so incredible it is discounted by the fringe. In many instances, particularly in Greek and Roman architecture, also found are various mortises and Lewis holes that were undoubtedly also for lifting.
Roman Lewis lift: 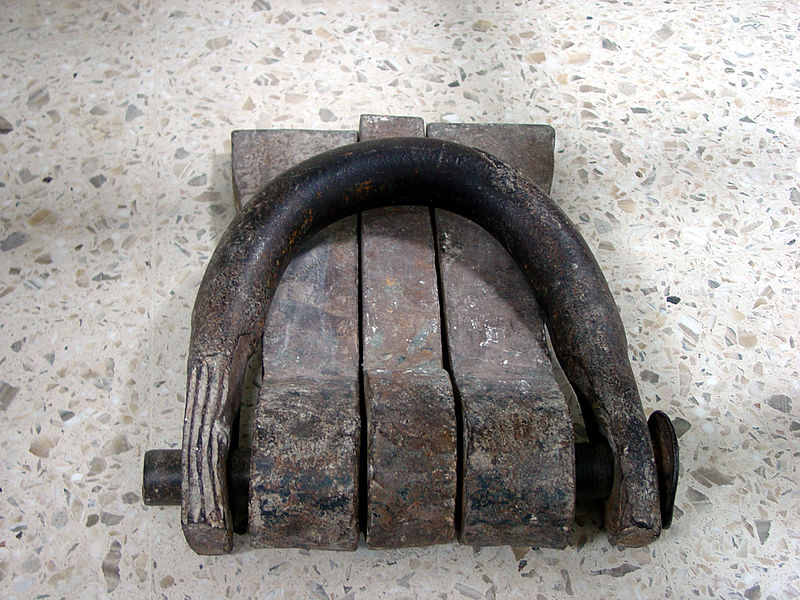 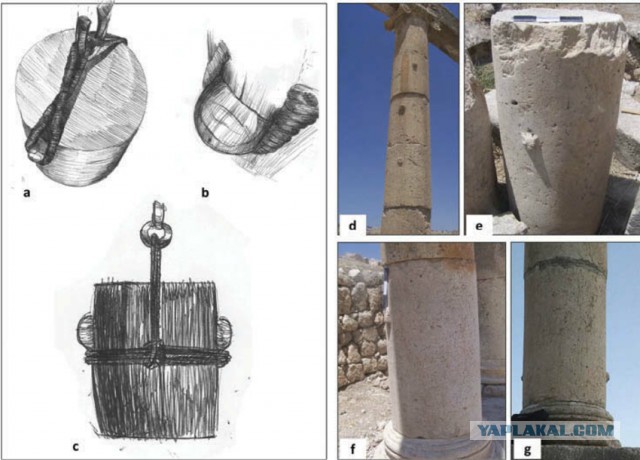 > We have ant people & incredible
> structures like the Pyramids/Baalbek and to my way
> of thinking, they shouldn't be there given the
> society which existed at the time I'm told that
> they were built.

> I have watched vids from the other side and the
> explanations they provide don't have a lot of
> rubber on the road.

This is the problem-"the other side". We should all be on the same side. The point of seeking information that does not confirm one's bias is to get as much of a total perspective as possible to formulate an opinion not necessarily that one side is always right and the other wrong.

> I'm not even sure I know what your conclusion is
> or if you've reached one. You in the chisel &
> lever camp?