Mysteries :  The Official GrahamHancock.com forums
For serious discussion of the controversies, approaches and enigmas surrounding the origins and development of the human species and of human civilization. (NB: for more ‘out there’ posts we point you in the direction of the ‘Paranormal & Supernatural’ Message Board).
Welcome! Log In• Register
Go to: Forum Home•Board•New Topic•Search
Re: Huge stones by molding
Author: Thanos5150 ()
Date: August 31, 2017 02:34PM
Hello Sally.

Obelisk. Baalbek. They are all quarried.

Regarding the bosses, this conversation was had by many of the same participants three years ago in a thread titled What is the purpose of the bosses? no less. A response by me:

Is it not possible that they are exactly what they are reported to be which are protrusions for lifting, a known construction technique for thousands of years by many different cultures?

And no, this is not "decoration". It was common the blocks were laid in rough then dressed in situ as is seen on the casing stones of G3: 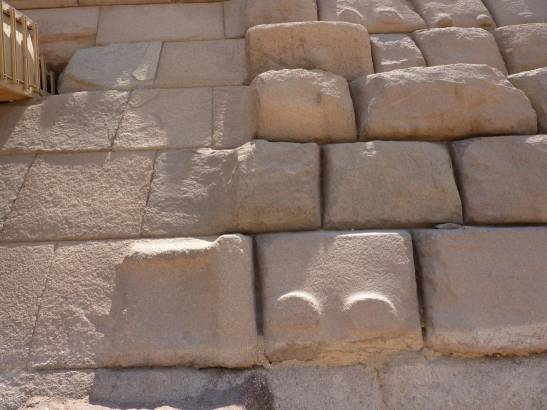 If you look at most of the "knob" like bosses, regardless of where they are from, they almost always lie near an edge. There are many pictures above thread that speak to this. I have to wonder if the reason why some have them and others don't is that they were used to pull large blocks out of the quarry then cut into smaller blocks once removed, hence why some still have bosses while other pieces do not. For whatever reason it was typical to cut the sides at the boss. This may be because it would make sense the bosses be near the bottom if pulling up or at the sides if pulling out to provide maximum leverage per weight distribution of the load.

I can't find any pictures, but bosses are also found on unfinished blocks still in the quarries. A little tough to chalk these up to "injection port molding".

I am not discounting the connections between Peruvian and AE stoneworking; bosses are but one similarity that combined are far more than just coincidence, but the use of lifting bosses in ancient and not so ancient stone working is quite common in many geographic locations for thousands of years. 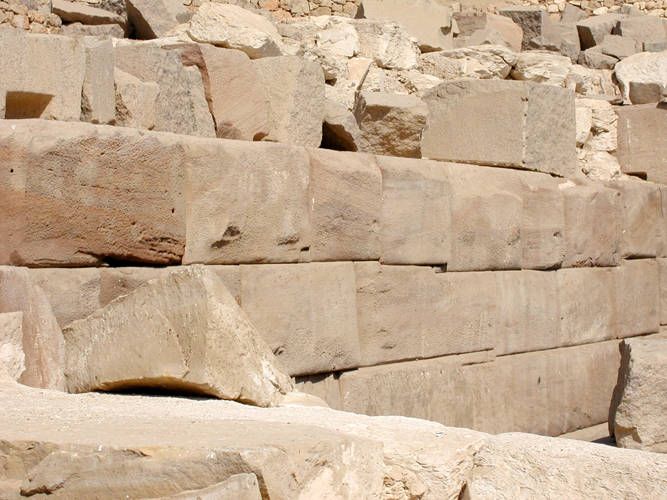 A video in which we can even see the bosses right on the on the quarry walls and quarried blocks:
Knobs on Megalithic blocks All around the world, in structures thousands of years apart, all with the same bosses the least of which abundantly found in Greek and Roman architecture that have nothing to do with "lost civilizations".

The idea these bosses are left overs from "port injection molding" is debunked on many levels, the least of which these same bosses being on the quarries themselves. Those who still argue its possibility do not do so from a logical fact based position, but rather an emotional one, namely the product of the "backfire effect" and "identity cognitive cognition", something that seems to be part and parcel of fringe thinking. I see it here every day where the same people say the same things over and over again despite being shown clear evidence to the contrary many times over yet despite knowing what they are saying is fundamentally untrue they just keep on with the same as if it never happened. If the port injection molding idea has no merit, which it does not, then just let it go. Its ok. The sun will still come up tomorrow and does not mean there are not many other "mysterious" technologies at work one can imagine, but this one is dead.

> The one example in Cuzco of the corner "aggregate"
> being broken away, shows a pile of rubble in the
> center. A fill around which the malleable stuff
> may have been forced or injected.

Show a picture or give a link.

> In the sphinx temple one block makes a seemless
> 90° turn before it ends. One moght consider that
> these blocks had solid frames and not bags.

I think you mean the Valley Temple, which this is one example: What are the frames made of? The bags? Why are they all irregular in shapes if made as molds? Why do we not find even one of the remnants of these molds in situ or when the blocks fall away? These are rhetorical questions at this point. 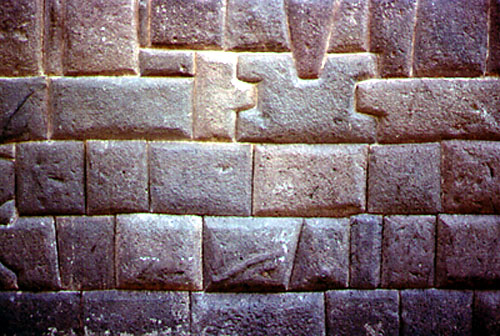 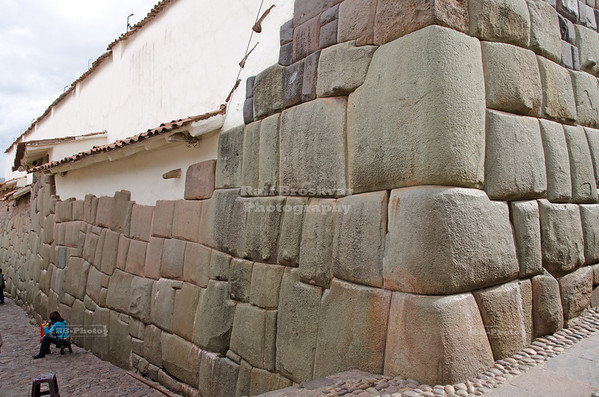 Look, I think it goes without saying there is more at work here than hammers and chisels, but there is no evidence whatsoever to support "port injection molding" if only clearly and definitely to the contrary. Those who argue this do not do so from a factual standpoint, but an emotional one as it is seen as an attack on their beliefs so they double down and come up with one nonsensical counter-argument after another, which unfortunately has become par for the course here. Again, to dismiss port injection molding does not mean there are not whatever "mysterious" forces at work to explain such things one can imagine, it just means that this one has no merit. Oh, well. Just move on.