Mysteries :  The Official GrahamHancock.com forums
For serious discussion of the controversies, approaches and enigmas surrounding the origins and development of the human species and of human civilization. (NB: for more ‘out there’ posts we point you in the direction of the ‘Paranormal & Supernatural’ Message Board).
Welcome! Log In• Register
Go to: Forum Home•Board•New Topic•Search
Re: Your Assumptions Are Showing...
Author: Thanos5150 ()
Date: April 19, 2017 05:22PM
sfbey Wrote:
-------------------------------------------------------
> I don't understand your point. The finest tomb
> painting was done upon a field of raised or sunk
> relief. The play of light would have created
> contours -highlights and shadows.
> It was sophisticated according to their canon.
> Architecture and sculpture were 3D. The Heb Sed
> buildings at Djoser's complex are sculpted and
> assembled. The statues were meant to be seen in
> the round. No, the art does not follow your rules
> of what is the "most recognizable angle of view."
> Why should it?

Because Jon believes line art to be "primitive", namely due to the apparent lack of "comprehension" to portray subjects in 3 dimensions on a 2 dimensional surface, he is attempting to juxtapose this "primitiveness" against the required "sophistication" of 3 dimensional stone statuary in an attempt to "prove" they could not have been made by the same culture. Of course whatever paintings would belong to the AE because such materials would otherwise be gone given the prerequisite tens of thousands if not millions of years for all such OLC "non-durable" materials to have disappeared.

Despite the culturally seamless congruity between AE painting and statuary, is that all 2-D art of the ancient world until classical Greece is no different. Why ancient peoples choose to limit themselves to this style for so long is an interesting thought, however, equating this to some kind of "primitiveness" is unwarranted as all other aspects of these cultures clearly show they did in fact understand these principles with a high level of sophistication, but rather choose to convey information in their art in this style regardless, ergo not a matter of "ability", but rather sensibility.

The rub, however, lost on Jon, is that the AE also made equally complex statuary in other "non-durable" materials no different than their stone counterparts. 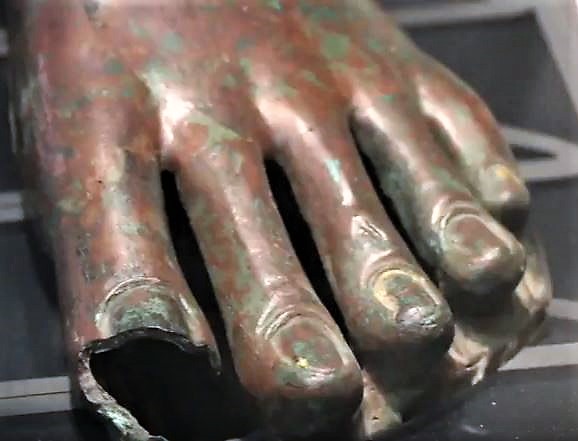 Wooden statues comparable to their stone counterparts are ubiquitous throughout AE culture and though largely all destroyed, date back to at least the 2nd Dynasty.

There is also the curious fascination, dating back to at least the OK, of wooden model making: 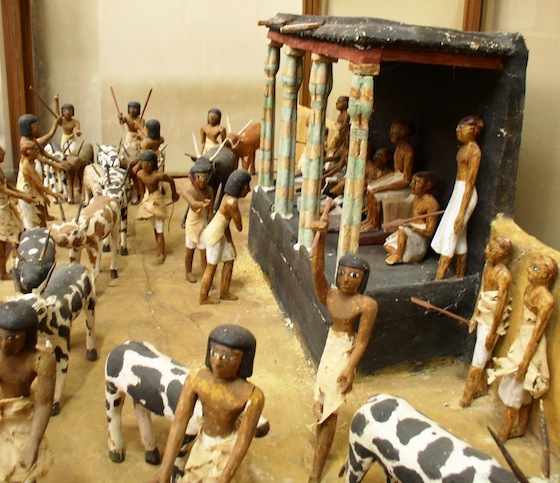 As we can see, the use of other mediums for statuary other than stone clearly demonstrates the AE ability to understand subjects in 3 dimensions regardless of whether they choose not to express this within their 2 dimensional art.