> In Thanos/ Lee's wonderfully diplomatic and
> courteous, polite, brilliant response (worthy of
> you reading several times!) he answered including
> this part:
>
>

The question still is, and remains unanswered : what evidence did Rosellini use to come to this conclusion?

> You know already the key to deciphering the
> hieroglyphs was Thomas Young and J F Champollion's
> work on the Rosetta stone.

I know that was not the key.

> Perhaps you didn't know that the starting point
> was the cartouche of Ptolemy V (Young) and
> Cleopatra and Ramesses (Champollion)
Entertaining 15min video explainingit.

Most don't realize there are two parts to translating "Cleopatra" and "Ptolemy". One is the cartouche and the other is the letters within the cartouche. Both Young & Champollion were stalled, hadn't made much headway. As far back as 1759, Joseph de Guignes had proposed that the cartouche held names of the "very high", "the epithet given a divinity". He based this on Chinese royal seals, and thought the cartouche appeared similar to the chinese seals so it must hold similar names.

Since the hieroglyphs hadn't been deciphered in the time of Guignes, Zoega, Caylus & Barthelemy, it couldn't really be a discovery, more like just a thought.

So the first key was; cartouche contained an important name. But they couldn't read what was inside a cartouche.

That's where W.J. Bankes came in. Besides discovering the Abydos King list, he also found the Philae Obelisk and made off with it where it stands to this day in front of the Kingston Lacy mansion in Dorset. 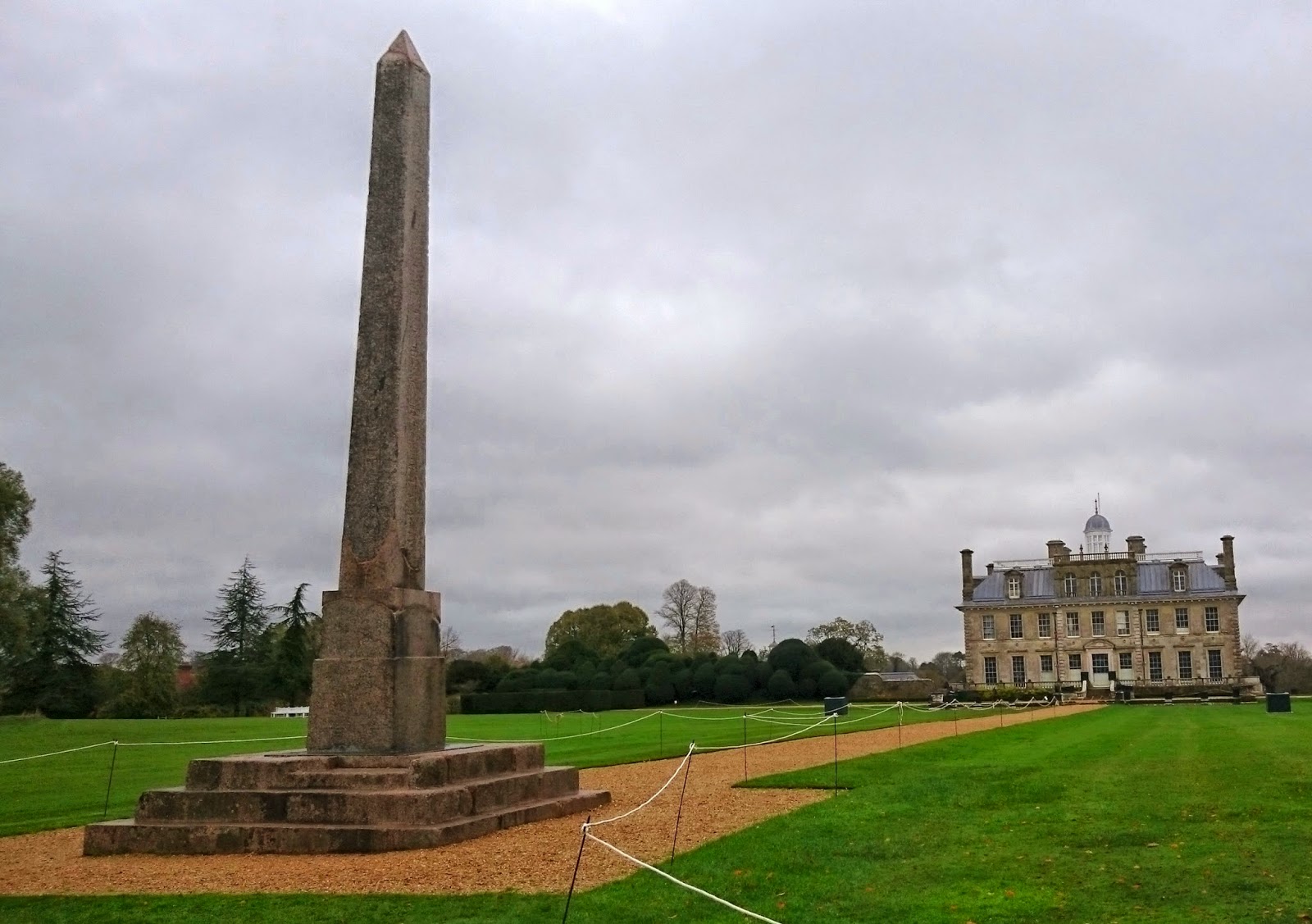 THIS was the key, yet Bankes gets no credit and Champollion basks in the glory. The obelisk has 3 Greek dedication plaques mounted on the base, illegible now. There are only 2 cartouches carved on the obelisk. The Greek plaques mention several people, but two of them were Cleopatra and Ptolemy. Bankes came up with the idea that the 2 cartouches on the obelisk must contain those royal names - Cleopatra and Ptolemy.
Champollion ran with it and the rest is history. This is where your video probably picks up.

> The next key was that Rosetta had same thing
> written Greek, Demotic and hieroglyphs.
> Champollion made the link between spoken coptic
> language and commonality betwen demotic hieratic
> and hieroglyphs.

> Now you already know Herodotus and Diodorus were
> Greek and called the person the native
> Egyptian priests claimed built G1 as Cheops.
> Manetho called him in his Egyptian, bordering on
> arabic, dialect "Suphis". Same bloke similar
> stories.
>
> All that was required given Greek had been matched
> to hieroglyphs was to translate Cheops (Greek)
> into "Khufu" sieve chick serpent chick.

> I Rossellini led a joint expedition with
> Champollion to Egypt 1828-29. They both were
> obsessed with cartouches (clear from the Rosetta
> stone that cartouche meant "king" in greek) and
> finding all the legendary (known only by oral
> stories) Pharoah names written in Egygt, and
> creating some form of timeline history.

Cartouche does not mean "king". It is a French word meaning "cartridge". I think Champollion was the first to use it.

> Rossellini published, Champollion had met
> premature death, obsessed with Egypt Europe in
> particular Britain and France, then Vyses
> contacts in British museum would know of the
> spelling of "Khufu" and whilst Vyse obviously
> could not read the language would have been almost
> certainly acquainted with what cartouche to look
> for on the Giza plateau.

He knew what to look for thanks to Rosellini and Wilkinson.

> Now, the assignment of Khufu to being the builder
> is NOT restricted to Vyses find in Campbells
> chamber. Although at the time a major confirmation
> of things written by AE in generations many
> dynasty's after.
> I agree it doesn't prove he built it but it would
> take me writing near a book/10,000 word paper
> length post to highlight all the links which have
> subsequently been found to link Khufu with G1.

Yes, so much now has been made to link with Khufu. Not hard to do once you have identified the cartouche as belonging to the builder of G1. Every time they found this cartouche they said - AHA! this is 4th dynasty G1 pharaoh. And one way or another the inscription was made to conform.


> I suggest you take up Thanos recommendation to keep
> your suspicion of LC separate from learning the
> basis of why "ortho's" believe or hold, and
> thoroughly investigate those links. When you put
> your mind to it , you are a more capable
> researcher than I would ever claim to be.

You orthos take hieroglyph meanings only as they are today. No one here seems to know anything about how it came about which is crucial to accepting translations. IF the cartouche DOES NOT contain a royal name as an 18th century priest thought, the translations are wrong. The reality is - there was NO evidence for a cartouche containing a royal name at the time it was decided so. It has simply been a matter of the Egyptologists translating every thing according to antiquarian assumptions, which might be why the translations read as gibberish.

> As Thanos clearly put, the jug /goat guy "Khnum
> Khuf" would be the pick of most likely candidate
> if one was to rely on the graffiti solely. However
> based on the consistency of many kings having
> nomens and pre-nomens we now are reasonably
> certain that it the same king!

Well they had to come up with nomens and pre-nomens to explain the problematic glyphs and arrangements. Now you guys will say the future proved the past. That what they would find in the future confirmed the past. Like saying Mt Rushmore confirms America had presidents 1000 yrs ago.
How difficult is it to find a set of puzzling glyphs and declare it to be a pre-nomen? Not difficult at all.

> Why would Vyse fake 10 jug/goat cartouches in
> multiple chambers when he must have known it was
> circle/chick etc guy he (and all of academic
> Europe) was wanting to achieve everlasting fame
> and credit for discovering?

Yes. He was given fame at the time, and all knew it would be everlasting. But why he would have painted so many jug/rams - I have no idea. Which still has nothing to do with a LC