Mysteries :  The Official GrahamHancock.com forums
For serious discussion of the controversies, approaches and enigmas surrounding the origins and development of the human species and of human civilization. (NB: for more ‘out there’ posts we point you in the direction of the ‘Paranormal & Supernatural’ Message Board).
Welcome! Log In• Register
Go to: Forum Home•Board•New Topic•Search
Re: Would you agree...
Author: Thanos5150 ()
Date: April 25, 2017 09:07PM
Racho Wrote:
-------------------------------------------------------
> that the markings on the cave walls/ceilings are
> remarkably similar to those demonstrated to have
> resulted from modern boring machines in the vid?

Do you think these people had modern boring machines: 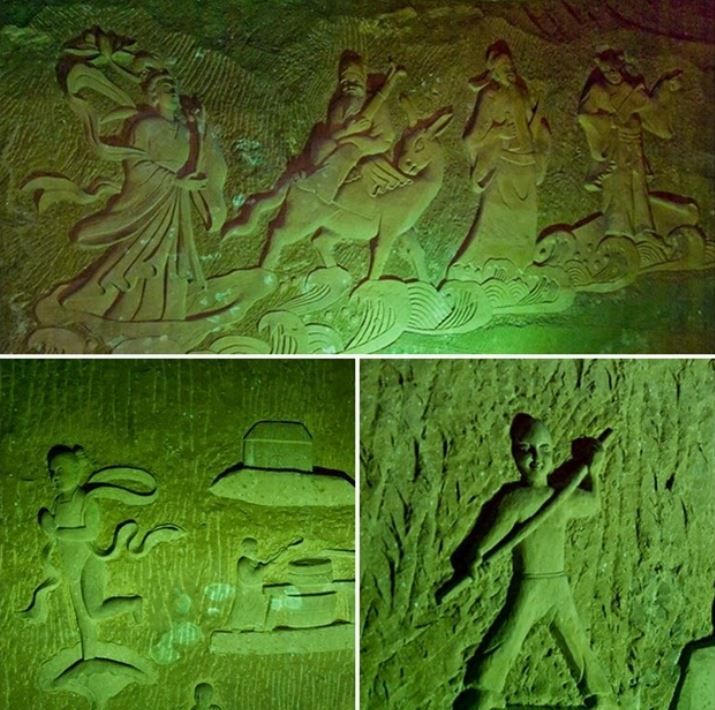 These are made in raised relief which the chisel marks, and "modern boring machine" marks, conform to, not the other way around.

> Take a hardened chisel one day and find a
> rock...try to recreate. It won't happen.

This is a modern quarry in Italy. Note the long tool marks to the right of the worker: At some modern quarries, however, more traditional methods of quarrying can still be seen. At the peperino tuff quarries near Marino, in the Alban Hills south-east of Rome, blocks are still extracted with specially-designed long versions of the point. The quarryman uses this tool to carve narrow separation trenches along the side and rear of the desired block.[16] The block is then split from the bedrock using numerous small flat wedges, or sometimes a bundle of point chisels, hammered into the stone along its base.[17] The block is then pulled off the quarry face with a rope down to a point where it can be loaded for transport.[18]

> I've read many of your posts over the years and am
> surprised that there aren't a few questions raised
> after viewing this stuff. It's not as if they are
> removing large quantities of rock by way of
> explosives - as evidenced by the temples in India.
> chipping this away is your final answer then? 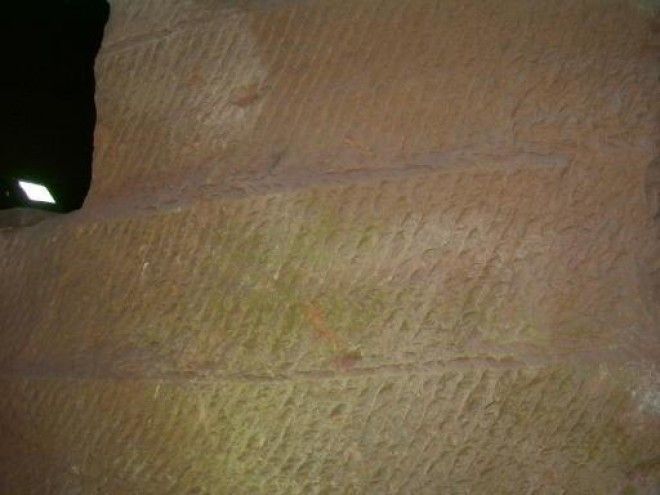 As said so many time before, clearly demonstrated in both pictures and text, these same chisel marks are found all over the world wherever stone is quarried no different in ancient times than today.