Mysteries :  The Official GrahamHancock.com forums
For serious discussion of the controversies, approaches and enigmas surrounding the origins and development of the human species and of human civilization. (NB: for more ‘out there’ posts we point you in the direction of the ‘Paranormal & Supernatural’ Message Board).
Welcome! Log In• Register
Go to: Forum Home•Board•New Topic•Search
Re: Funerary Cult
Author: Thanos5150 ()
Date: March 14, 2017 05:30AM
Audrey Wrote:
-------------------------------------------------------
> How can anyone possibly answer to all the other
> marks, if we can't see them! Perring's drawings
> aren't enough, we need photos. It would be
> ridiculous to form conclusions based on Perring's
> drawings.
>
> If the cartouche had never been found in G1, how
> would they know which one of all the cartouches
> found on the Giza plateau, was that of the builder
> of G1? Remember, there are no dates. How would you
> determine which one built G1?
>
> I think the answer to that question shows that it
> does hinge on one cartouche, the one found by
> Vyse.

Doesn't do any good if you don't actually read it:
Second Khufu Cartouche Exists on North Side of Campbell's Chamber.

> You have posted info on various tombs, I assume
> for the benefit of your comrades.

Anyone with a sincere interest in ancient history is my "comrade".

> Isn't it true
> that the tomb occupants were identified by their
> proximity to the pyramid?

The ones that can be are "identified" by their names. I assume you mean something else.

> Without a calendar, how
> would anyone know when they lived?

If you were an archeologist in charge of sorting this business of Egyptian history out, how would you do it?

> Isn't it true
> that the cemetery layout was determined by
> Reisner?

I think the cemetery layout, in this case the eastern cemetery, speaks for itself: 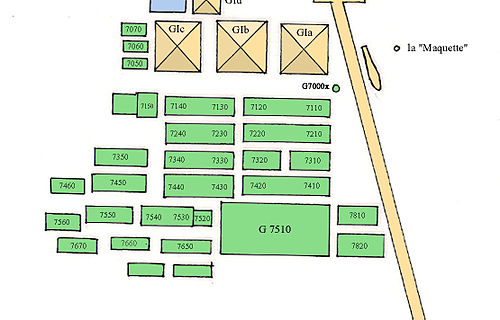 Reisner was of the mind the eastern cemetery was pre-planned, referred to as a "Nucleus Cemetery".

The idea Khufu's Giza cemeteries were laid out to a master plan with many tombs, namely mastaba cores, being prefabricated began with Reisner's "Nucleus Cemetery" concept.
Here is but some of your "ZERO" evidence:
[www.touregypt.net]
RESINER
LEHNER
[www.academia.edu]
<Lehner, Dr. Mark, "The Complete Pyramids", Thames & Hudson, 1997. ISBN 0-500-05084-8.>

Not all agree, but an interesting thought. I am of the mind there is something to it as well as the idea G 7510 was built first.

> Who made the rule that the closer to the
> pyramid, the closer the family relationship?

There is also a South Field which is of interest as it contains a few 1st-3rd Dynasty tombs (Wikipedia is incorrect).

It is a matter of of common sense corroborated by evidence, however, personally I would not say it is a "rule" as the 4th Dynasty is the least represented period at Giza with the overwhelming majority dating to the 5th-6th Dynasties of people that may have no relation.

> And
> isn't it true that someone, be it Reisner or
> whoever, needed some scheme to date the tombs
> because there was no other way to do so?

And what "scheme" would this be? Regardless of what is found inside or the architecture, "all tombs next to G1 are for Khufu, all in front of G2 are Kahfre, ect"? Doesn't work that way which if you don't want to take my word for it just look at which various dynasties these tombs are attributed to in the same cemetery. If "proximity" were all that mattered then why do they separate them by Dynasty? The West Field is right behind G1, just as close as the Eastern Cemetery yet why are the overwhelming majority of those attributed to the 5th-6th Dynasties and not the 4th? And of the ones that are attributed to the 4th, most of those are considered to be mid-late 4th i.e. after Khufu. Think about it.

I would be the first to bemoan the leaps in logic in which many of these familial relationships were derived, not limited to the OK, but there is a core that do in fact provide provenance of relationships with a particular pharaoh and each other which should be a matter of common sense regardless. Husband. Wife. Children. Aunts, uncles, nephews, nieces. And the AE were particularly mindful of these things to a fault as you'll note inbreeding was the norm. Takes "keeping it in the family" to a whole new level. It was important to them in life and in death, which is human nature. My wife and I will be side by side in death no different than in life.