Mysteries :  The Official GrahamHancock.com forums
For serious discussion of the controversies, approaches and enigmas surrounding the origins and development of the human species and of human civilization. (NB: for more ‘out there’ posts we point you in the direction of the ‘Paranormal & Supernatural’ Message Board).
Welcome! Log In• Register
Go to: Forum Home•Board•New Topic•Search
Re: Equinoctial Pyramid Alignment
Author: Audrey ()
Date: February 25, 2017 04:49PM
Thanos5150 Wrote to Ori:
-------------------------------------------------------
> Sorry, for what? Without even knowing what your
> point is I would automatically choose Orion
> because this is favored not just by the AE but all
> ancient cultures.
Anyone can look up at the sky
> anywhere in the world and see it sticking out like
> a sore thumb so it is no wonder why ancient
> peoples would have been fascinated by it.


Oh no, this isn't true. Too much Bauval maybe?

Very little is known of the AE constellations. But it is generally agreed that they came from Mesopotamia. Unfortunately there is very little literature on Mesopotamian astronomy, I think I've read both books. Would love to know if there are others.

The very first constellations we hear of come from Mesopotamia. According to scholars, there were originally 4 large constellations circa 3,000 b.c. ; the Bull of Heaven, the Great Lion or Great Dog, the Scorpion and the Ibex. 8 more were added later. Homer (800 b.c.) mentions Orion along with the Pleiades, Hyades and the Bear (Big Dipper). In Babylonian astronomy Orion was the True Shepherd of Anu. Other than that, Orion has no special mention and myths about it are scanty. In fact, Orion and Bootes were confused, they share the same physical structure, both have belts, and their myths are similar. One scholar thinks they may have been twins to the ancients and the scholar has a tough time differentiating between the two in the ancient texts. It is probably the Bull that was the most important, or at least the most mentioned in ancient astronomy and has a wealth of myths surrounding it. The Scorpion is everywhere in ancient history, even on the Narmer palette. Scorpion King my ass. But Orion held no special place to the ancients. Because......

The ancient astronomers followed the stars of the zodiac. Quickly, for those who are not familiar, pretend you are standing on top of earth and you could see both the sun and the stars, extend your arm and as the earth makes it's way around the sun you arm will mark a circle called the ecliptic which is in the middle of the 18° wide zodiacal belt. In this belt are the 12 zodiac signs. The planets wander in this zodiacal belt (planet is Greek for wanderer) and it was these wandering stars that intrigued the ancients. These wanderers were called Gods. Also of note is Gobekli Tepi, where are carved the Bull, the Scorpion (remember Narmer palette), the Lion and a Boar (an ancient constellation) and I forget the others.

Orion is not in the zodiac belt. I think he is important to us because he is HUGE, and we like big things. He stands out to us like a sore thumb because we can't see most of the stars with city lights. Under a desert sky, he is not as striking as the alts have made him out to be. I spent my childhood under a desert sky, and the most obvious constellations were the Pleiades and Big Dipper. I didn't even notice Orion until later in life probably because he is so spread out. Take a look at the pics below, and keep in mind that Thuban is a tiny star with a visual magnitude of 3.65. Compare with Rigel (in Orion) with a magnitude of .15. I honestly think Thuban being tiny and not very bright, would not be seen from inside the DP without binoculars even if it were centered in the opening.

And why, if all DPs are at almost the same angle, why didn't they make them all exactly the same angle if they were aiming for Thuban? Why weren't they consistent? Thuban is in the Draco (dragon) constellation. Draco or the serpent is an old constellation, wouldn't this icon be prominent in the OK if Thuban were important to them? And what are we to do with all the Bull iconography? Does it point to construction during the Age of Taurus?

This is the sky the ancients saw. Can you find Thuban in this photo? 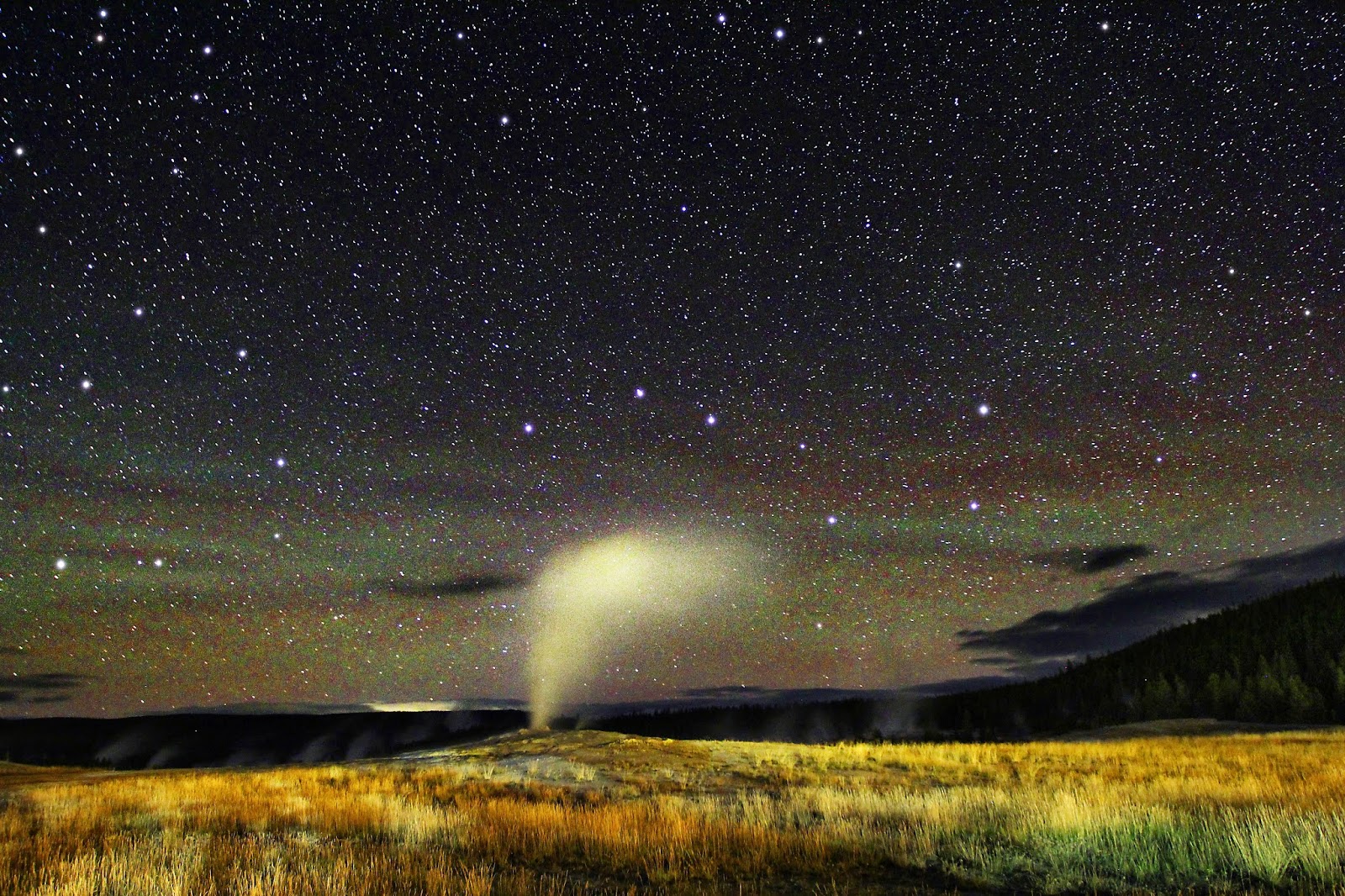