Mysteries :  The Official GrahamHancock.com forums
For serious discussion of the controversies, approaches and enigmas surrounding the origins and development of the human species and of human civilization. (NB: for more ‘out there’ posts we point you in the direction of the ‘Paranormal & Supernatural’ Message Board).
Welcome! Log In• Register
Go to: Forum Home•Board•New Topic•Search
Re: Ancient 'hand bags' or what?
Author: Thanos5150 ()
Date: January 05, 2017 11:50PM
Hi Brian.

Regarding Egypt, the later examples of seed bags are by default "similar" because they are "bags with handles", but unlike Mesopotamia and South/Meso America they are depicted among the common people in scenes of daily life which their function is clear. 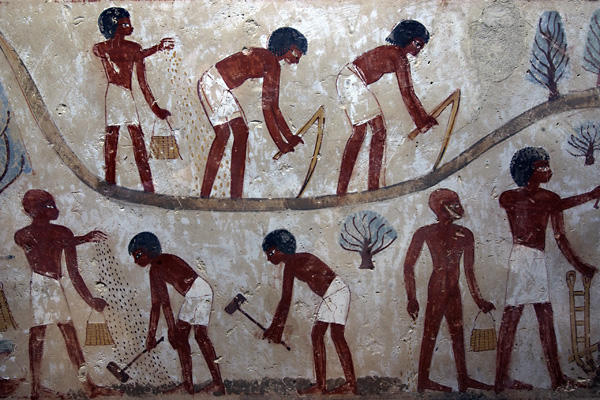 In Mesopotamia and S/M America these are objects associated with divinity or rule which I have found nothing of the like associated with Egypt. If they are "seed bags" then to the AE they were just any other casual "tool" yet to others it was iconographic of the gods, something so important they often carried it with them as part of their standard "god kit".

> Interestingly enough, it is
> suggested in this article that
> some bags may well be containers
> for seeds.

Yeah. I've always been on the fence about this. Kind of interesting in the sense that the "seed bag" may represent the power to "give life" and/or as a symbol of "civilizer", perhaps knowledge. Things that we or other cultures think of as simple objects may have had a much more significant and esoteric meaning to others.