Mysteries :  The Official GrahamHancock.com forums
For serious discussion of the controversies, approaches and enigmas surrounding the origins and development of the human species and of human civilization. (NB: for more ‘out there’ posts we point you in the direction of the ‘Paranormal & Supernatural’ Message Board).
Welcome! Log In• Register
Go to: Forum Home•Board•New Topic•Search
Re: The time of the water erosion
Author: Thunderbird ()
Date: January 18, 2017 03:22AM
Hi

We can speculate when these builds of the big Pyramids in Egypt occured.
We however have the severe Water Erosion on the huge Limestone blocks which rise several courses above the plateau via Sphinx /Valley Temples...and higher up incline via Menkaure Mortuary Temple.

In Central America....Temples built over sacred grotto...
Become Mask face Temples...which are later built over...
Either the Mask face is included in the next build or burried inside a larger temple/pyramid.
There are aspects to several of the Big Pyramids in Egypt as reffed by John Anthony West,
Robert Schoch. ...that they existed long before as a structure which was built upon.

The Dynastic Egyptians were not the ones doing this to the big Pyramids.
These via the severe Water Erosion indicate they existed long into time past when high waters surged over the plateau...as reffed by Schoch. 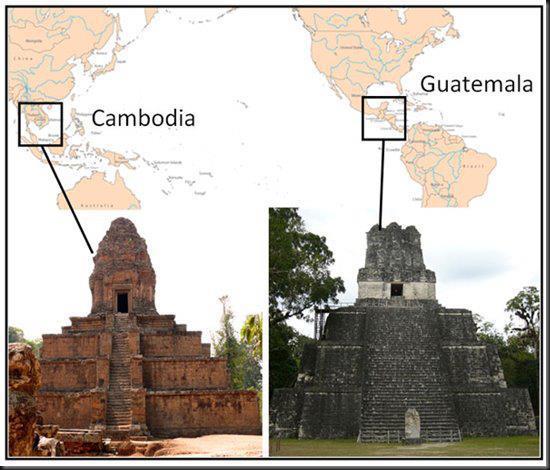 The symbolism of both Temples ...when mainstream history says there was no contact.
Clearly.....Pyramids Temples are world wide consciousness and purpose.

Dynastic Egypt continue that...upon what they arrive to find which is allready vastly ancient.
They build pyramids....we see the outcome via Dynasty 5 : )