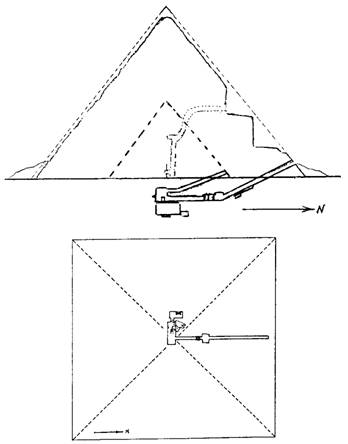 > To start the line backwards from G1 to G2, it is
> inset on G3's corner by approximately 23 meters > If we removed the outer pyramid layer to reveal
> the original core structure we would be pretty
> darned close to a straight line on all corners if
> not spot on. I have to wonder if this alignment is
> in fact a way to measure how large the original
> structure was.

Which leads me to a curious thought for you OCT believers is that maybe the reason G3 was enlarged in the first place from its existing structure was to offset it to mirror Orion.