Now you might think this is sycophantic ... or is it 'chest bashing'.... you call it?

However Thanos having already made exasperated comment above in bold WTF!? .....
In an attempt to save Thanos the embarrassment of having to be reduced to making a personal assertion/claim on largely his own work or representation, and despite that you ignore me generally (no problem there) ....I will try as politely as possible

Firstly, I asked a somewhat similar type question of Thanos some long long 5yrs? ago.

From very distant memory
Q (Something naïve like) "Thanos5150... great work yada yada... I am wondering if there is a specific building in Mesopotamia that the style is based on?
Answer: (Something like:) ....not one specific first building identified as still extant, but it singular may have existed. However there are rather many of them, both in ancient Mesopotamia and Egypt that conform to the general style.

Now for an analogy to see if this gets through?:


Are you familiar with British Royal Coat of Arms ? Here 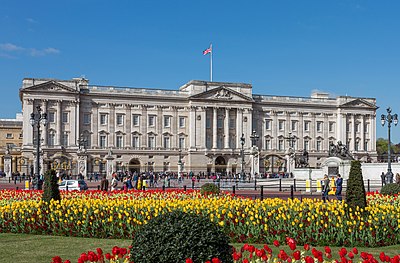 Then not only that but it is discovered that back in ancient Gaul / Normandy (France) before Norman invasion their kings also had a crest with similar looking façade.

What do you reckon? Would they make the symbolic identifying crest Coat of Arms, out of a dreamt up, yet to be made imaginary building, or would the building in some form have been built or likely come first?

Try to run that through the super logical think tank!

What you are likely asking though is has one or the other extant examples of either been found and dated dated as original and first?
Well unless you have had a major change of perception or brain transplant recently, you almost invariably habitually doubt or dispute virtually any or most dating offered by any professional Archaeologist's or Egyptologist's anyway !

Or you might be alluding perhaps to this phenomena had nothing to do with either very ancient Mesopotamian or Egyptian cultures but belongs to a non attested unrelated "other" culture. This you will have to produce the evidence for yourself. Suggest start looking and digging at GT or Turkey!

Now has that 'new brain' clicked into gear yet?..... and realised you are posting in the wrong thread?

Whilst I'm at it

Quote
Origyptian from Mastaba thread
An adequate hypothesis for the initial use (Dyn 0 & 1) of the serekh needs to explain not only the inclusion of Horus, but also entire enclosure complete with couryard, the uraeus in the courtyard, and the use of a place facade to represent the enclosed building rather than a better depiction of the actual structure at that end of the enclosure. From what I can tell, the earliest architectural examples of the palace facade is a very simple pleating of an enclosure wall, so why make the enclosure wall a straight line in the serekh rather than a rippled line indicating the pleating? Why focus on the engineering aspects of the surrounding wall rather than a more "meaningful" architectural feature of the building within that enclosure -- have any Dynasty 0 or Dynasty 1 buildings themselves (not the pleated enclosure wall) been found with a palace facade design


It appears to me that you somewhat misunderstand what you are looking at. in reference to Djet serekh

The façade part is not plan view it is elevation view (façade) the glyph you refer to as "uraeus" is simply Djet Horus name . It is fair to think the "courtyard" is plan view and enclosure wall , as some describe it like that but it is the outline forming a place that later serekhs included the glyph spelling of Kings Horus name were enclosed /written (previously outside or alongside. It also forms a perch for the almighty perhaps celestial symbol of royal power /God affiliated sanction the Horus falcon. Seen also in Mesopotamian art iconery symbols all over in somewhat different form.


Ok at least if I have made mistakes, I feel maybe if I ask nicely, Thanos will correct me. But my guess ....don't count on it.

I hope that helps the nagging dilemma?
Cheers

Edit PS: Now if you are thinking of a nah nah 'come back' something like.... there are no Lions in Britain or definitely no unicorns in Scotland! Then..... do you think they could have made a wild guess and dreamt up what a big cat might look like sight unseen and struck it lucky and it turned out consistent or they later bred or imported them , or that mythical unicorns were not already folklore before it made the Scottish Royal CoA?