Mysteries :  The Official GrahamHancock.com forums
For serious discussion of the controversies, approaches and enigmas surrounding the origins and development of the human species and of human civilization. (NB: for more ‘out there’ posts we point you in the direction of the ‘Paranormal & Supernatural’ Message Board).
Welcome! Log In• Register
Go to: Forum Home•Board•New Topic•Search
Re: Pyramid Construction
Author: Barbelo ()
Date: March 27, 2018 10:48AM

Quote
Do you have another example between the 4th-6th Dynasties...?


Quote
Regardless of whether they were tombs or not, other than our friend Shepseskaf, which implies extraneous circumstances, it was universal during this period for pharaohs to build pyramids, not just for themselves but more often than not for their queens as well.

Careful of the term "universal."


Quote
The only standard I see is they were built around a tower core.

The pits at ZeA and Abu Roash are not tower cores.


Quote
Interesting to think of them before during and after.

But "before" will assist in ascertaining whether or not there may be rebuilds.


Quote
Other than Tura limestone for casing, which sometimes local stone was used, and igneous rock, the stone used for whatever pyramid was local. But to your point, you are saying it would be easier to build a pyrmaid from scratch "miles from materials" compared to just finishing one "miles from materials" that was already half done for you? I'm not following you there.

The reason for any confusion is that I didn't say "finishing one miles from materials." Just the opposite.

What I said was:

"How likely is it that the architect/engineer/construction crew would prefer to build a pyramid miles away from materials - a logistical challenge - just because there was a pre existing core of whatever material at that site? Would it have been easier to build it from scratch with easier access to the necessaries?"

Quote
So, then you do believe in coincidences?

I said that I didn't.

The T configuration as a ground plan is not unique to Egypt. This type of plan has been used in other cultures such as at Angor Wat. The cathedrals of Europe are also constructed on a similar plan. This may be because of symbolic, mystical reasons rather than architectural style. 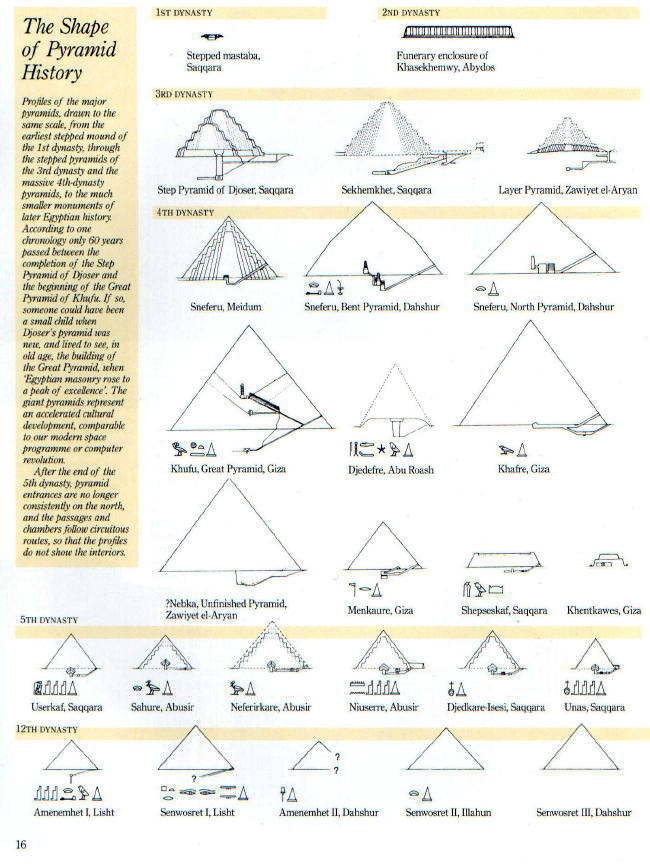 These are side elevations.

A ground plan (probably very difficult to get in most cases until technology is improved) would reveal whether or not the underlying core was natural or artificial, and to what extent.


As lengthy threads are unwieldy, I may start a new thread as a result of our current conversation. Please feel free to share your thoughts.