Mysteries :  The Official GrahamHancock.com forums
For serious discussion of the controversies, approaches and enigmas surrounding the origins and development of the human species and of human civilization. (NB: for more ‘out there’ posts we point you in the direction of the ‘Paranormal & Supernatural’ Message Board).
Welcome! Log In• Register
Go to: Forum Home•Board•New Topic•Search
Re: Pyramid Construction
Author: Steve Clayton ()
Date: March 06, 2018 02:02AM
Audrey wrote:

Understood now that you've explained.
However, there are many details missing from the statement that the AE lifted 50 tons using only basic primitive simple machines. People tend to say, oh just throw some ropes around the stone and have a couple hundred men pull. It's not that simple.

But ropes, pulleys and sleds are simple methods used by a simple (undeveloped) society. That's all they had so all we have to do is figure out which combination of ropes and wood beams were used to make simple machines.

The problem is..... the pyramids are not simple.

There is one simple machine besides the causeway, I like. As long as one side is attached, and you pull on the other end, the 50 ton stone now becomes 25 tons. You now only need 1/2 the amount of energy to pull the stone to a higher elevation. So what happens if you tie 10 such ropes to the stone? The force is multiplied. When you are moving a stone with a wood lever and it won't budge, call over a few friends with levers, and the stone moves. Same analogy. That would not be considered block & tackle, though the result would be near the same. The 50 tons becomes 5 tons., and so on.

Don't stop there.... The ropes you are pulling on are all tied to individual wooden levers?

See, it's not that they could not get the job done. The problem is we don't understand how to do it, so we tend to think it was impossible. 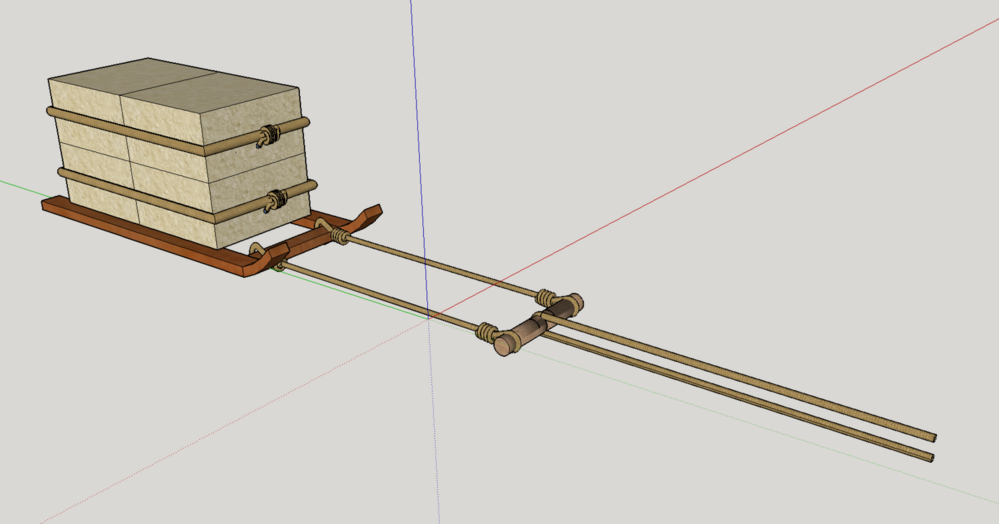