Case in point for the readers, that would be a no. It is from the 4th Dynasty rock cut tomb of Debhen (G 8090): 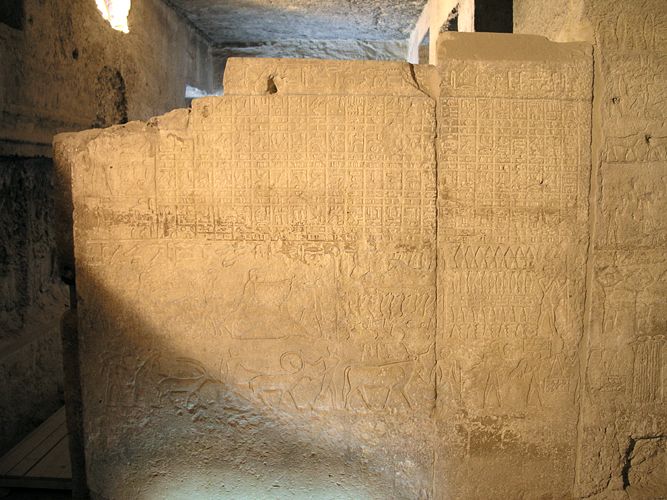 Which Hassan is more than adamant dates to the 4th Dynasty which he says of his excavation efforts of the tomb:

These measures will, I hope, preserve from further destruction an extremely interesting monument of the past, and one, moreover, of great archaeological value, by reason of the inscription upon its eastern wall, which not only affords us a vivid and pleasantly human picture of a great Pharaoh's [Menkaure] relations with his subjects but also provides us with a definite dating for the tomb, thus giving us valuable evidence as to the age of the other tombs not so precisely inscribed, but may be dated by comparison of type and constructional peculiarities.

So not only is Hassan secure in the knowledge the tomb of Debhen dates to the 4th Dynasty, but hails it as one of the most secure examples of such which can be used as a lynch pin to help date others.