Mysteries :  The Official GrahamHancock.com forums
For serious discussion of the controversies, approaches and enigmas surrounding the origins and development of the human species and of human civilization. (NB: for more ‘out there’ posts we point you in the direction of the ‘Paranormal & Supernatural’ Message Board).
Welcome! Log In• Register
Go to: Forum Home•Board•New Topic•Search
Re: Pyramid Construction
Author: Thanos5150 ()
Date: December 12, 2016 06:29AM
Sirius7237 Wrote:
-------------------------------------------------------
> Interesting, Lee. This may be a stupid question
> but should not the descending passage give some
> indication of where masonry ends and bedrock
> begins? I'm sorry if I missed this in the op but I
> intend to re-read tomorrow when I have more time.

I didn't go into it, but good question. 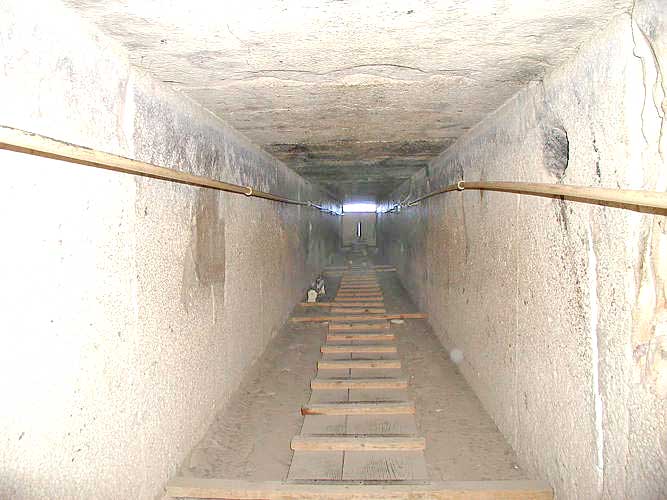 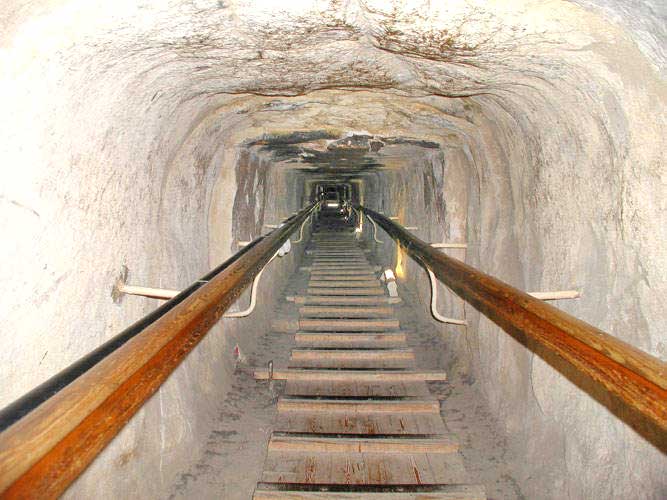 Where are the blocks? And why is the descending passage, with its clearly visible blocks, so precise while the ascending passage, the road to the "pharoah's tomb", looks like it was hacked out of bed rock by stinky footed bumpkins? Seems rather rude.

No two depictions seem to be the same, but this is roughly the generally accepted level of bedrock:

The idea is this is not correct and goes as high as the QC.

> Given the complexity of the internal structures,
> do you think a similar core to those you have
> shown would have been sufficient to support the
> weight of the structure above?

The core structures shown are guides so it stands to reason it would have been built accordingly as required.

> Still, I like the idea of moving blocks downward
> as much as possible in order to save work. And
> I've always liked the idea of the GG as a sort of
> counterweighted glide passage to move blocks up to
> higher levels efficiently.

> The only problem I have
> with it is that it does not show up anywhere else
> but in G! so it must have been a completely new
> innovation as far as we can tell.

> Still, it makes
> sense and gives a purpose to what is otherwise a
> seemingly pure esthetic structure.

> Just as an aside, there was a quote from Zahi
> Hawass that I found when I first joined this site
> where he stated that the satellite pyramids and
> funerary complex were not necessarily contemporary
> with the three main pyramids. I thought it was a
> rather striking admission from him but have not
> been able to find the quote anywhere and I really
> have searched for it with no luck.

Interesting. I've pondered this myself. Maybe it can be found.

> I think that is something to keep in mind when
> considering the satellites in comparison with the
> others.
>
> IMHO, of coure, :-)

I would think if they were added later they would belong to the 5th Dynasty as they were by far the most active era at Giza. So, maybe "later" but not really.