Mysteries :  The Official GrahamHancock.com forums
For serious discussion of the controversies, approaches and enigmas surrounding the origins and development of the human species and of human civilization. (NB: for more ‘out there’ posts we point you in the direction of the ‘Paranormal & Supernatural’ Message Board).
Welcome! Log In• Register
Go to: Forum Home•Board•New Topic•Search
Re: Crimea
Author: Origyptian ()
Date: August 01, 2017 10:03PM
Jon Ellison Wrote [to Thanos 5150]:
-------------------------------------------------------
>
> Your inability to recognise the design disparity
> will go along way to explain your why you fail to
> recognise the primitive nature of the
> architectural embellishment relative to the
> overall architectural design..
>
> For that reason we'll have to agree to disagree.
> I see before me an exceptional level of
> architectural detail and competence which has
> superimposed upon it, what can only be described
> as very primitive and unplanned embellishment. In
> other words Graffiti.
> Irrespective of chronology, It's clearly obvious
> that the "style of art" as you put it deteriorated
> considerably in the period between overall
> structure design and the consequent
> embellishment..
>
> [i.imgur.com]
>
> [i.imgur.com]
>
> Jon, I know of no evidence that those long vertical grooves were originally designed to hold flag poles. The drawing posted by Thanos is pure speculation. The large square holes above those vertical grooves are far too large to serve as mere poll stabilizing fixtures. And note that the artist completely disregards the outer vertical rows of smaller holes. At best, those holes may have been adapted for that later purpose but were not the original intention of that structure.

I also wonder what the artist thinks was the purpose of the holes on the flip side of that facade (see below). On that back side we see major portions of inscribed heads disappear into the upper holes. Pretty poor accessory planning for such a magnificent piece of engineering. The graphics make zero sense with the rest of that construction and strike me as a strong indication they were a very sloppy afterthought and not at all matched to the quality of the engineering.

If those figures were in raised relief we would have a more compelling reason to believe they were original, but they are engraved below the surface of the facade plane and certainly could have been added at any time after the original construction. 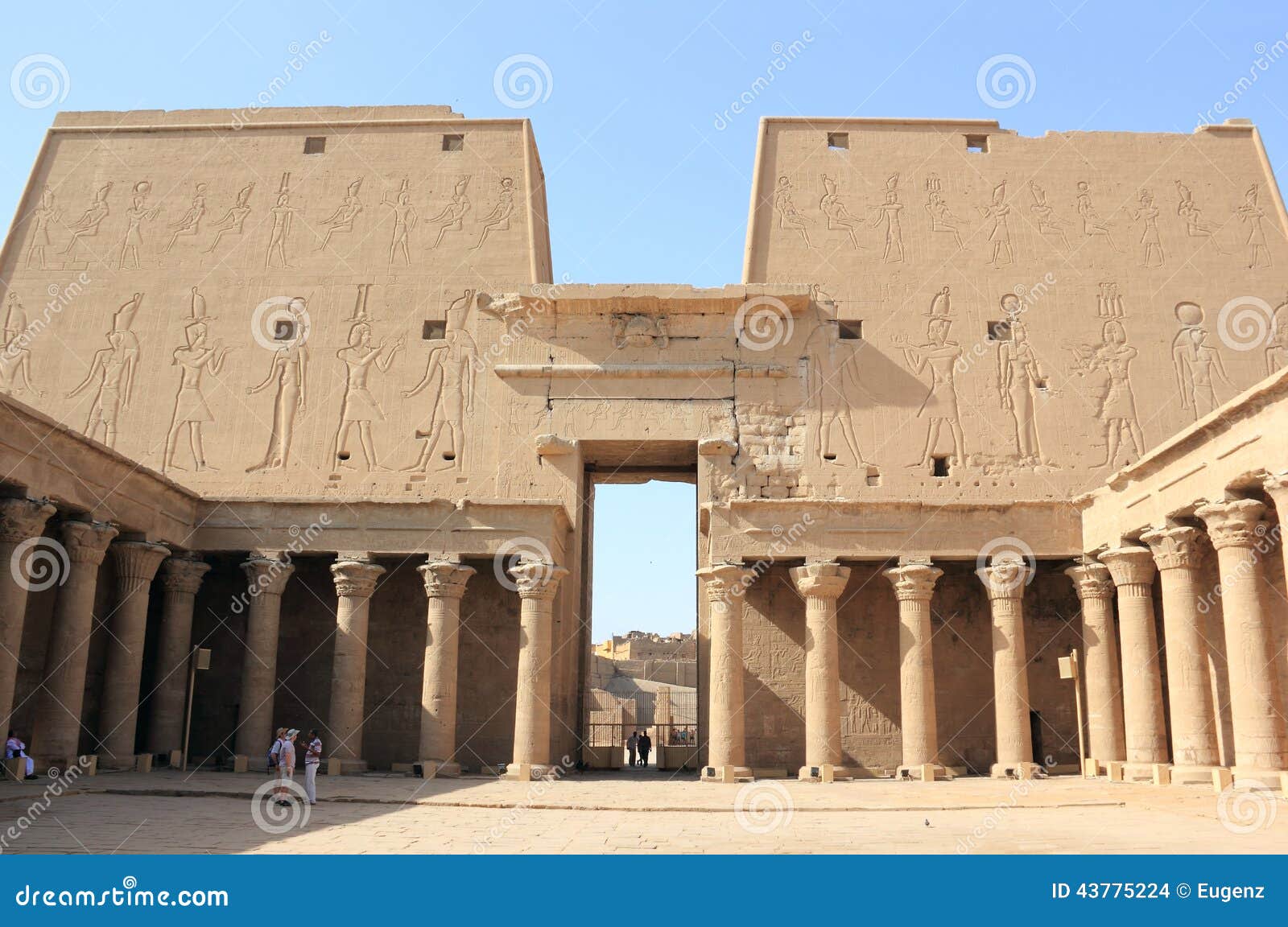