Mysteries :  The Official GrahamHancock.com forums
For serious discussion of the controversies, approaches and enigmas surrounding the origins and development of the human species and of human civilization. (NB: for more ‘out there’ posts we point you in the direction of the ‘Paranormal & Supernatural’ Message Board).
Welcome! Log In• Register
Go to: Forum Home•Board•New Topic•Search
Senedj & Seth-Peribsen
Author: Corpuscles ()
Date: June 14, 2016 12:40AM
Hi Thanos

Thanks yet again for an informative thread.

I had avoided the possibly 'mug gallery' response along the lines of.... there seems to be troubles with all of the pre and OK dynasties.

As you know (as you have been a major valuable contributor) to much recent discussion here about the advent or introduction of the cartouche and timing of moving away from the serekh.


This one, Senedj is considered to be 2nd dynasty. 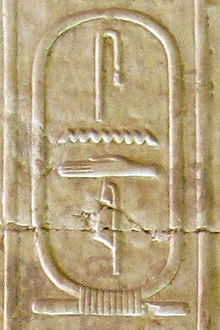 Whilst I only link wiki Senedj there seems to be solid references and discussion from numerous mainstream professionals attesting to this relatively unknown (aren't they all) pharaoh. There is further conjecture that it may refer to another 2nd dynasty pharoah
Seth -Peribsen

It would seem that current thought Seth Peribsen ( only his Seth name extant?) broke with convention and is yet another example of ubrupt change for short time favoured gods.

For anyone interested in reading , there are other interesting but confused aspects of these two resolutely declared 2nd dynasty kings, as having confusing interaction with Giza and the 4th Dynasty.

If this interests you perhaps given your strong contention of late 3rd or 4th Dynasty invention of cartouche perhaps you would like to present a case that currently held Egyptology has it wrong and Senedj must have been post 4th Dynasty?

Again I only link the kings list from wiki being sure that the fine contributing members here can access much better or more complete sources for such.


If one scrolls down through all the dynastys I draw readers attention to the considerable disconnect betweeen the appearance and the quality and style of workmanship of kings statues.

They appear to me easily grouped.... BUT... that grouping of style etc does not in any way conform to the placement of individuals in various dynasties.

I appreciate archaeology does it's very best to determine dynasty often with good evidence however so much of it is based on contradictory kings lists .... which only start at the palermo stone which is way after the MOST interesting part; being the beginnings of this civilization we group into one called Ancient Egyptians.

No hard and resulute opinions, just making a little contribution to troubles of 2nd D, no demand for ANYhigher standard of proof or anything as rediculous! as that worn tired shabby torn dogmatic mantra! ;-)