Mysteries :  The Official GrahamHancock.com forums
For serious discussion of the controversies, approaches and enigmas surrounding the origins and development of the human species and of human civilization. (NB: for more ‘out there’ posts we point you in the direction of the ‘Paranormal & Supernatural’ Message Board).
Welcome! Log In• Register
Go to: Forum Home•Board•New Topic•Search
Re: 3rd Dynasty Cartouche
Author: Thanos5150 ()
Date: June 04, 2016 09:06PM
Warwick Wrote:
-------------------------------------------------------
> The earliest titular artifact from there ttbomk is
> a door arch attested to Khasekhemwy ( the last
> King to NOT employ the cartouche, unless very late
> in his reign so no examples have been found.

The cartouche does not appear until the end of the 3rd Dynasty in monuments associated with Huni, the last pharaoh of the 3rd Dynasty, of which little is known and may well date to the beginning of the 4th Dynasty of which it is after this time the use of the cartouche becomes ubiquitous. The earliest example of a cartouche I am aware of is a partial cartouche along with a serekh found on a (probably) stela fragment in (around?) mastaba K2 at Beit Khallaf questionably associated with a little known presumably 3rd Dynasty pharaoh Sanakht, possibly the brother of Djoser, or not, though the presence of this cartouche suggests (Wilkinson) he ruled at the end of the 3rd Dynasty as well. Regardless, no one really knows where/when Senakht belongs or how or when that fragment came to be where it was found.
HERE.

Another thought to belong to Sanakht was found in the Sinai desert: 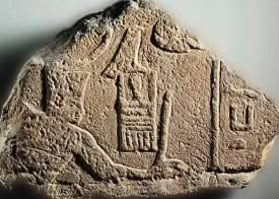 I have noted before the possibility the cartouche may date to the end of the 3rd Dynasty though given the questionable provenance of these finds and their proximity if not overlap with the 4th Dynasty, i.e. as suggested with the pyramid of Meidum, where its use becomes the standard- it seems prudent to reserve its invention to the 4th Dynasty particularly given the change to a cartouche is no small thing representing a fundamental shift in ideology that seems to contradict its sporadic and casual use in the late 3rd Dynasty suggesting these examples were added in the 4th Dynasty after Huni's death. All things considered, there is no such thing as a "3rd" or "4th" Dynasty regardless so to separate Huni from the 4th is entirely arbitrary anyways which if the cartouche does date to his reign and was not added later its very presence suggests Huni was in reality part of the 4th.

As an aside, as I have noted before, Sanakht (or who is beleived to be) was a strange looking dude: 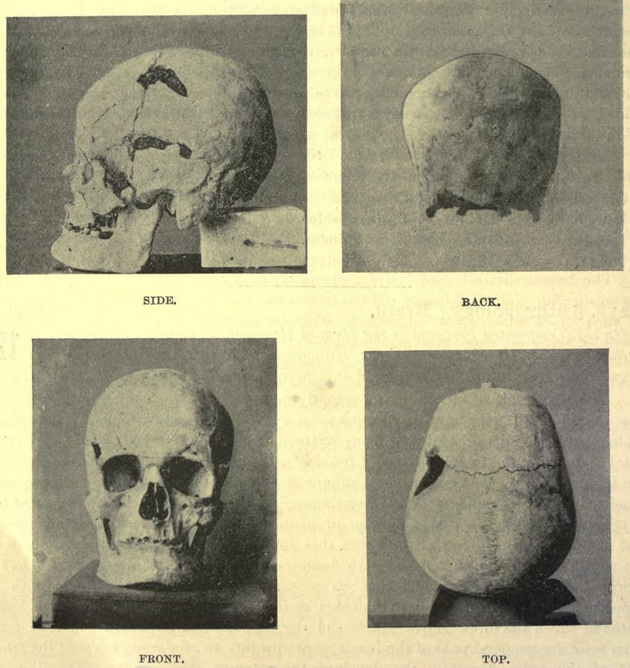 You could beat a cat with that jaw bone. Reportedly he was unusually tall with robust skeleton. I have to wonder where this skull and skeleton reside today.