Mysteries :  The Official GrahamHancock.com forums
For serious discussion of the controversies, approaches and enigmas surrounding the origins and development of the human species and of human civilization. (NB: for more ‘out there’ posts we point you in the direction of the ‘Paranormal & Supernatural’ Message Board).
Welcome! Log In• Register
Go to: Forum Home•Board•New Topic•Search
Re: Focus on the axiom
Author: Corpuscles ()
Date: June 07, 2016 12:20AM
Origyptian Wrote:
-------------------------------------------------------
> Jon Ellison Wrote:
> --------------------------------------------------
> -----
> > Ori is stating that the story was fabricated.
> > He has given his reasons for the use of the word
> "fabricated".
> > Fabricated then by the higher standards of
> today
> > and for whatever reason.
> > The bar is constantly being raised and
> Egyptology
> > must respond accordingly.
> > As do all progressive disciplines.
> > Yesterday's truth is not necessarily today's
> truth.
> > It is not about the history of Egyptology, It's
> > about the history of humanity.
>
> Obviously, I wholeheartedly agree with Audrey and
> Jon (and no, we have not conspired or even
> consulted each other on our perspectives of
> Reisner, the cartouche, Vyse, or Creighton.
>
> Avry's fascinating perspective is the poster child
> of how many of the major tenets of Egyptology got
> into the mess they're in today. Such a flippant
> attitude that hand waves the obsolete practices of
> the past (some of them still embraced in the
> present) is a clear demonstration of the inertia
> to update standards in the field.
>
> To address some of Avry's concerns:
> [SNIP] weak apologetic rant

Whatever "mess" exists today (?) is not ever going to be rectified by stretching a vague, ill fitting near insane hypothesis based on few facts gained from zero hands on work in the field, to breaking point by basing it entirely on what does not exist and maybes!!.

Nor, by criticising pioneers who went and found the remnant of hard evidence and did their best to frame a hypothesis around the FACTS!

But hell your contribution and predictable demise is entertaining and funny ! 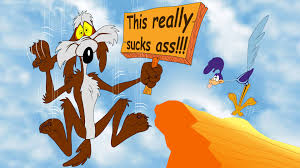 If you think there is a higher standard of proof to be held then you ought exhibit yourself and present your ideas as an "example" of such "higher standard"!