Mysteries :  The Official GrahamHancock.com forums
For serious discussion of the controversies, approaches and enigmas surrounding the origins and development of the human species and of human civilization. (NB: for more ‘out there’ posts we point you in the direction of the ‘Paranormal & Supernatural’ Message Board).
Welcome! Log In• Register
Go to: Forum Home•Board•New Topic•Search
Re: Vessel manufacture
Author: Thanos5150 ()
Date: May 12, 2016 05:39AM
Hi Corp.

> PLEASE could you also look into your replica
> (maybe with a light) and advise/describe:
> What the interior bottom of it looks like? Is it
> rough with core snaps?

It's rough but no core snaps. It looks "ground out" for sure.

> Does it have a conical hole or depression in the
> bottom?

> What do the sides look like rough and scratchy or
> smooth?

The interior is rough with some pitting. The exterior is smooth though the neck area under the lip is a bit rougher. I bought cheap crap and it shows. Looking at the tools they used the interior looks exactly like what would be expected.

> If you are not already 'sick and tired' of this
> thread which I could understand, can we have a
> little bit of fun and entertain a hypothetical?
>
> Hypothetical but serious response sought ;-)
>
> If I was to provide these fellows unlimited :
> copper and bronze, flint, diorite, granite and
> stone of any description and offered US $1 million
> if they could make for me one of these:

 
>
> However, they must not use steel and the vase
> /bowl must be made of granite or diorite

For sake of argument, Emery does note they did not make these finer works from granite, though obviously diorite was. They actually made stoneware from just about any stone they could get their hands on-marble, alabaster, schist, serpentine, breccia, ect, ect.

> Do you think they could achieve the perfect
> balance? Even if I allowed their current tools
> shown.

Nope. But Petrie makes it pretty clear they must have had lathes which is pretty obvious even to the laymen. Let me ask you-what kind of contraption could be built using these same materials that could create this balance? These are but some found at Mochlos which date to at least 2,000BC:

Some are quite large: 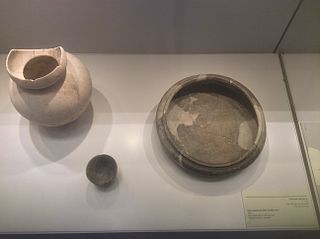 On and on it goes. Did they have a million dollars and unlimited copper, bronze, ect? What makes archaic AE stoneware special is that it is stunning in quality, as good as it gets in the ancient world, and there is a hell of a lot of it. These are just sitting in storage at the Hearst Museum of Anthropology:

When you look at how much of it there is from the archaic Dynastic period alone along with the machining that Petrie among others note, there seems no doubt they used mechanical advantage beyond handheld cranks with an environment able to produce them in volume. The point of noting modern and ancient examples of these tools is to show that you can in fact make similar stone vessels with relatively "primitive" technology. There comes a point, however, when such simple tools do not stand up to scrutiny, but in lieu of these tools how advanced must the other tools actually be? How could these principles be adapted using ingenious methods to create simple machines? The Romans used water powered bronze gang saws to fine cut large slabs of marble veneer 6ft long and few inches thick several at a time. Then they installed them. This is not space age technology yet it amazing nonetheless.

> If so would you hypothetically be prepared to pay
> the bill ,for them trying, if they could NOT?

You'll have to talk to my wife, but she would not be happy about me spending a million dollars on a granite vase making experiment. That would be one way to get me to not post here anymore- I'd be dead.

> If I relieved your financial burden by offering a
> second chance and said find me any modern
> manufacturer to make an exact replica.... do you
> think you could / would be able to arrange that
> option?

Give me a picture of an AE stone vase you think defies all explanation.