You say this yet do not even understand what is being said. If you all are going to argue about this stuff you at least want to understand what the argument is. There is no doubt the AE made stone vessels similar to those found in early dynastic times which they are still doing today:
Vase "factory":

Quite a space age tool that guy is using which kind of reminds one of this:

Examples of the finished products: 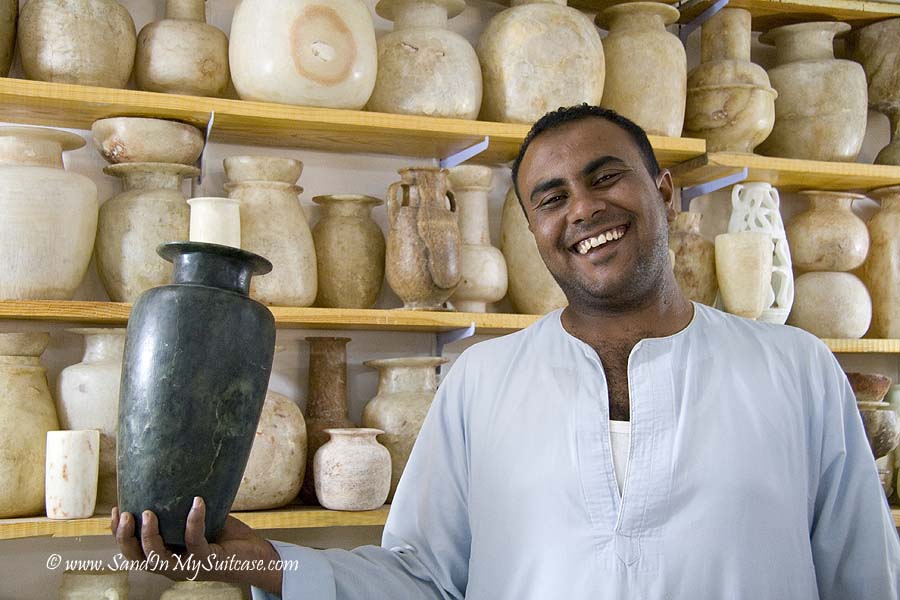 I bought one from one of these very roadside factories. Not exactly lasers and CNC machines

Therefore, the question is why is it so sophisticated at the beginning of the archaic Dynastic period, why is the quality largely superior to what came after the OK, and what materials were their tools made of that allowed them to fabricate the harder stone like diorite. I would also say that though the methods are relatively simple to make similar vessels, Petrie is of course correct to note the makers of these earlier stone vessels used a lathe which gives a more "machined" quality than hand made.