2. Many people know the story of Noah in the Bible. One of the main features in this story is where his ark first found land, which was the now-famous Mount Ararat in eastern Turkey. On the opposite side of things many people do not know this mountain is actually a volcano situated among others in the region. The Global Volcanism Program has this to say about it:

“The 5165-m-high, double-peaked stratovolcano Mount Ararat, also known as Agri Dagi, is Turkey’s highest, largest volume, and easternmost volcano. Glacier-clad Ararat, along with its twin volcano, 3925-m-high Kucuk Ararat (or Lesser Ararat), covers an area of 1000 sq km at the eastern end of a SSW-ESE line of volcanoes extending from Nemrut Dagi. Construction of the Greater and Lesser Ararat volcanoes was followed by a period of extensive flank eruptions, many erupted along N-S-trending fissures. The initial stage of flank eruptions produced a cluster of cinder cones and dacitic-rhyolitic lava domes surrounding Greater Ararat and a series of pyroclastic cones and domes on the western flank of Lesser Ararat. Late-stage activity formed large pyroclastic cones lower on the flanks of the two volcanoes. Ararat appears to have been active during the 3rd millennium BC; pyroclastic-flow deposits overlie early Bronze Age artifacts and human remains. Karakhanian et al. (2002) reported historical evidence for a phreatic eruption and pyroclastic flow at the time of a July 1840 earthquake and landslide.”

With plenty of candidates in the region for an ark to have landed, it makes one curious about why Mount Ararat was ‘chosen’ as the place where life on Earth was essentially given its second chance, so with the awareness of its true nature as an active volcano during an auspicious time of Bible interpretive-writing there is good reason to suspect the root idea came from reverence and fear of its volcanic status and not merely because it was a local high point.


An interesting thought, but even if Mt Ararat may have had a special importance to the Biblical writers because of its volcanism, it is not the cause of the "Flood" nor do the Mesopotamian derived tales involve anything that could be construed as a volcanic eruption. The Epic of Gilgamesh refers to "the mountain of Nisir (Nimush)" which some believe was 9,000' Pir Omar Gudrun: 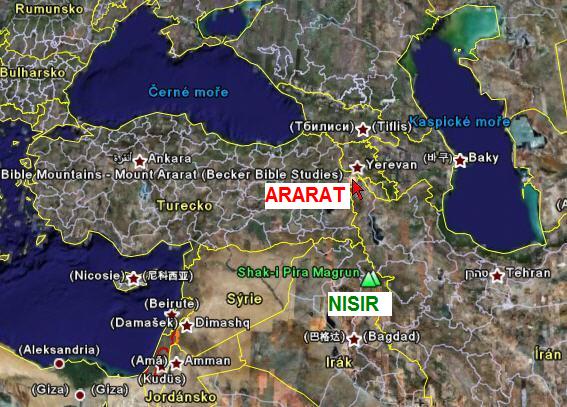 Which is suggested to have been a depiction the eruption of the Hasan Dagi volcano.
Identifying the Volcanic Eruption Depicted in a Neolithic Painting at Çatalhöyük, Central Anatolia, Turkey