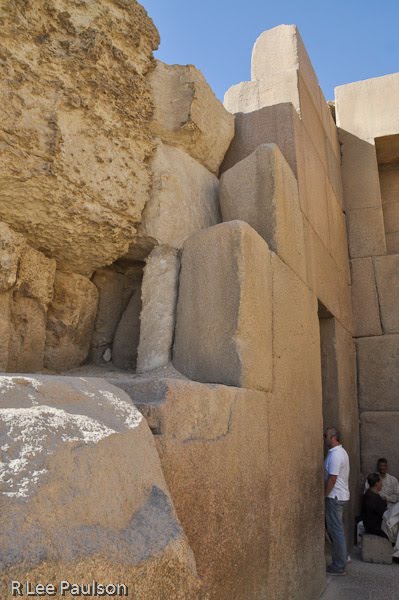 Looks built up behind it to accommodate the rise of the granite blocks.

Look at it from the other side: 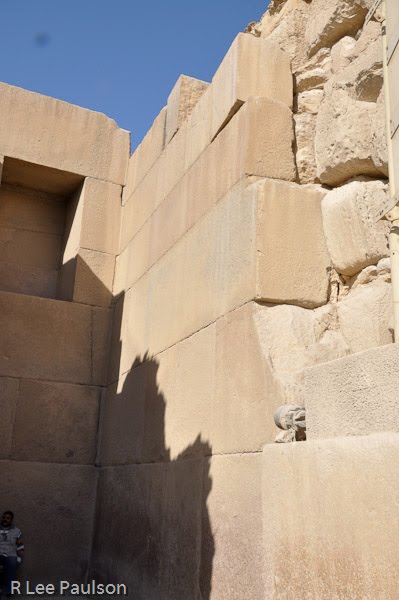 I guess it's pretty easy to see how they contoured the granite to fit the limestone behind it as it rises so I guess if they did do it on the front it would have been wonky like that. But if you look at Dennis's picture they took the time to shave the limestone behind it so why not just keep going? In this pic I post here, look at the at the limestone blocks protruding in the foreground-how are you going to get granite over those?

> Or maybe that water channel did drain into the
> Sphinx and that's the cause of the water erosion.

The enclosure itself must have been filled with water though and the channel just drained into it. The channel does not go to the top of the enclosure so it seems there would have been more than a few hydraulic processes at work. This deserves to be figured out.