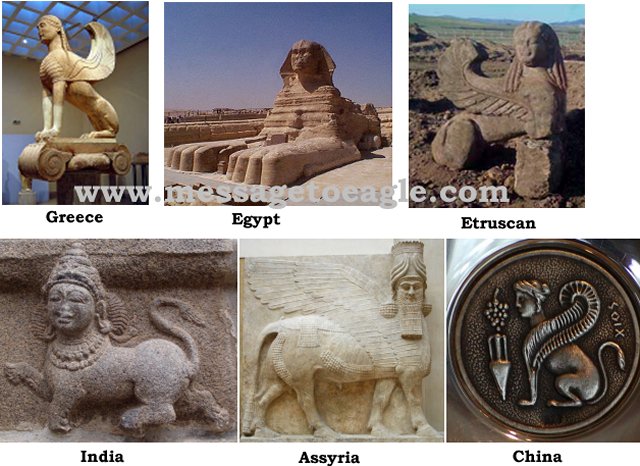 It's reasonable to infer from the wide variations on the theme seen across ancient cultures that the original sphinx concept from which those variations were derived is even more ancient. Considering that ancient cultures used animate representations metaphorically, the original "sphinx" object might not even have been an animal. If flying horse-drawn chariots imply a cultural interpretation of a powered flying craft, then the sphinx archetype could imply any number of fast and/or powerful land vehicles (or flying vehicles, in the cases of the winged sphinx) used by the "gods". From my perspective that makes at least as much sense, if not more so, than a human head on a (sometimes winged) feline body, etc.